As the Chargers embark on their second season in the Los Angeles market, they are in position to have a season that will capture some hearts and minds of Los Angeles football fans for years to come. 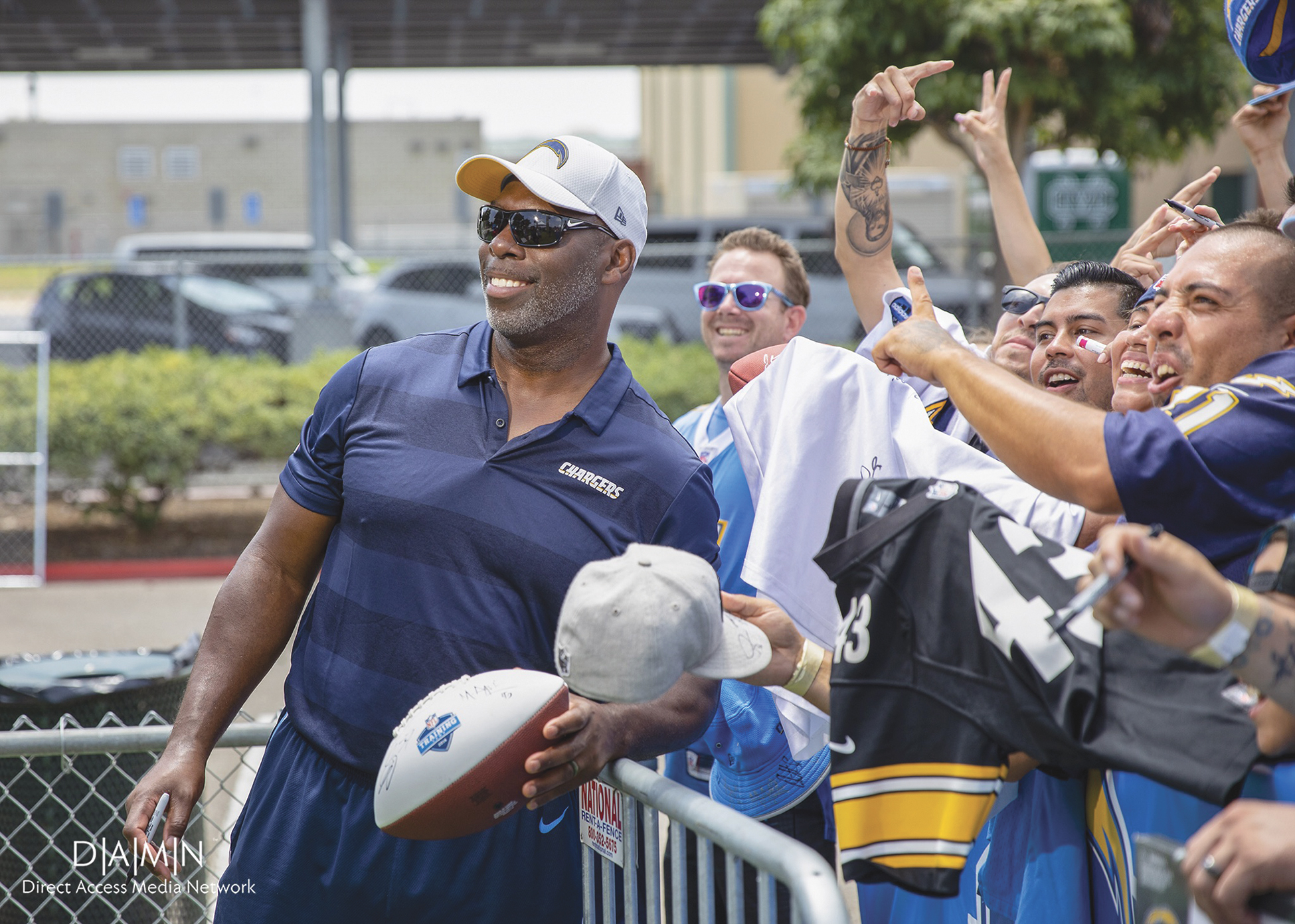 As the Chargers embark on their second season in the Los Angeles market, they are in position to have a season that will capture some hearts and minds of Los Angeles football fans for years to come. After their previous off season was inundated with changes including relocating to a new city, to the indoctrination of a new Head Coach. Though they do have a very talented team, The Chargers have suffered multiple injuries to key players in recent seasons. However, they are good enough to have their sites on winning their division and hosting a playoff game.

I was fortunate enough to attend their first couple days of training camp. In those couple days I wanted to touch base with a few players from see how they would implement their rookies onto this veteran team. Their first couple draft picks should strengthen their already potent defense. With their first pick of the 2018 draft Chargers selected Florida State Safety Derwin James and in the second round they drafted Linebacker Ucheena Nwosu. Each of these players are expected to have an immediate impact on this defense.

James is a versatile playmaker from Haines City, Fla.. His aggressive style of play should solidify the back end of the defense. I give the Chargers an A for this pick! Player of the year nominee Casey Hayward says of James, “he brings that swag; he’s going bring that toughness; he’s someone that wants to come down a knock your head off, (as the receiver) coming across the middle… he’s one of those Florida State guys!” By pairing James with that ferocious pass rush, his big play ability should make for an even scarier defense.

With the second pick of this past draft the Chargers drafted talented, local, athlete Nwosu, who is a former USC Trojan and was raised just south in Los Angeles. His athletic ability will pair nicely with Bosa and Ingram, and that is a formidable trio. In the words of teammate Melvin Ingram, Ucheena “he fits is good.” “He has bright future in the league.” Ingram continues to say emphatically, “he’s a football player!” He added about Ucheena, “I see a playmaker; someone who can help this ballclub.”

Casey Hayward went on to say that Joey Bosa and Melvin Ingram “makes his life a lot easier!” Because “he knows the ball has to come out faster, when those guys come (on a blitz).” He recalls that, “a couple of picks last season came of Joey. Hitting the ball before it get them (receiver).”

Barring injury there is no reason this veteran Chargers shouldn’t be competing for an AFC Championship this season. As they have a nice mix of veterans and youth on this team. That veteran experience should rub off on their younger teammates, as they prepare for a late playoffs push.

It’s that time again where sports bars get filled up with football fans each Sunday throughout to the remainder of the year. The Chargers ideally should be playing into next season. I am expecting the Chargers to have more consistent season than the previous year; thought I will share my official predictions, in a few weeks. I am interested to know what you think about the

Chargers and their upcoming season. Let us know What’s Good, with the Chargers by sharing your thoughts and feedback in the comment section below at www.whatsgoodinsports.com