On the first Saturday in September, the University of Southern California kick off their 2018 season by welcoming the UNLV Running Rebels into the Coliseum. Before the teams took the field, the 58,000 fans in attendance collaborated on a heartfelt rendition of the Star-Spangled Banner, as the instrumental track played over the loudspeaker.

The USC Trojans Kick-Off their 2018 Season 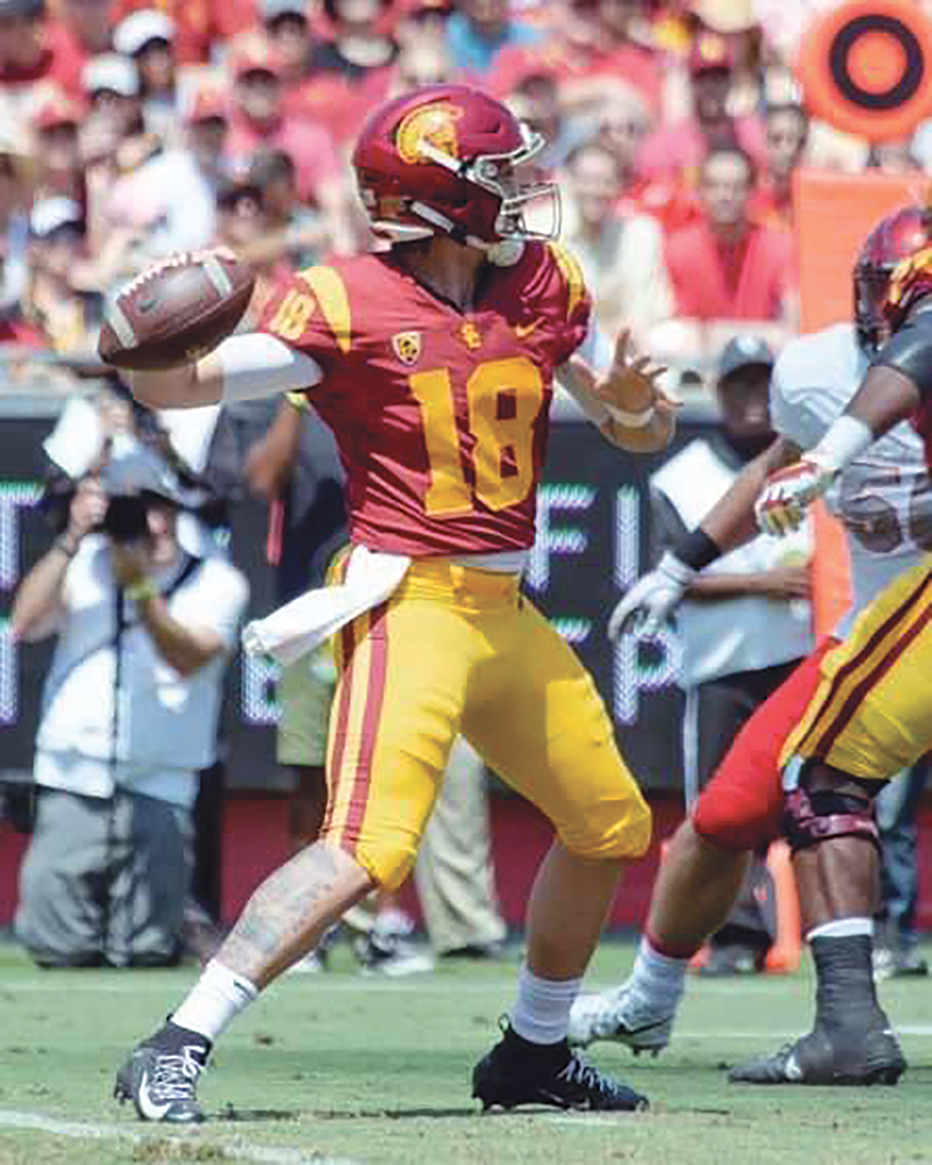 On the first Saturday in September, the University of Southern California kick off their 2018 season by welcoming the UNLV Running Rebels into the Coliseum. Before the teams took the field, the 58,000 fans in attendance collaborated on a heartfelt rendition of the Star-Spangled Banner, as the instrumental track played over the loudspeaker. This opening game of the season signifies an opportunity for this young breed of players to make their mark in Trojans history.

Because this is the first game of the season for both teams, each team struggled to gain their rhythm initially. The fumble on the first play of the game by the Rebels and the Daniels missing on his first 3 passes was evidence of this. The Trojans shanking a punt after going three and out on their second possession of the game was even further evidence.

UNLV would have to capitalize on the Trojan mistakes, to have a serious chance to win this game. In the first half, they did just that. After a fake punt early in the second quarter, Kendal Keys caught a 31 yards TD pass from Rebels QB Armani Rodgers, formerly of Hamilton High School, to take a 14- 9 lead over the Trojans.

The Trojans did come back to take a 19- 14 lead over the Rebels, on the legs of a 40 yards Stephen Carr run that lead to a V Malepeai 2-yard touchdown run. Both teams came out with a heavy resolve to not give any ground after halftime. As they both played a game of field position in the third quarter.

JT Daniels finally shook the rust off by hitting Amon-Ra St. Brown for a 43-yard touchdown pass. This was their sixth connection of the day and the first TD connection of their college careers. This certainly seems to be a connection Trojans fans could get used to, as Daniels first 3 completions of the day were to his High School teammate.

Though the Trojans got the win today, this game will certainly give the Clay Helton and the USC coaching staff something to talk to their players about as they prepare for the always competitive Stanford Cardinals next week. In the words of the Athletic Coordinator Lynn Swann, “There is room for improvement!”

After the game on the podium, USC Head Coach Clay Helton mentioned that “they could’ve played better.” He also noted that he, “thought his young people played well!” Specifically referencing JT and St. Brown. He also noted that they needed to “makes our plays” and credited his QB “for giving his receivers an opportunity to make plays.” This was in reference to, the many passes their receivers dropped throughout the day.

Clearly, the Trojan student section was primed and ready to be heard, while being in the heads of the UNLV Players in their first game of the season. Just as it was for the USC players and coaching staff. I am confident the Trojans brass will get their team ready for their tough matchup this week. Let me know What’s Good along with your thoughts on how the Trojans played in their initial game, and what you think about their upcoming season, by sharing your thoughts and feedback in the comment section below at www.whatsgoodinsports.com.