One of the most recent and infamous rap beefs has officially ended. Grammy award-winning rapper Drake and rapper/activist Meek Mill — two of rap music’s most popular stars — have put an end to their feud, appearing together on stage during Drake’s “Aubrey and Three Migos,” tour stop at TD Garden in Boston on September 8. 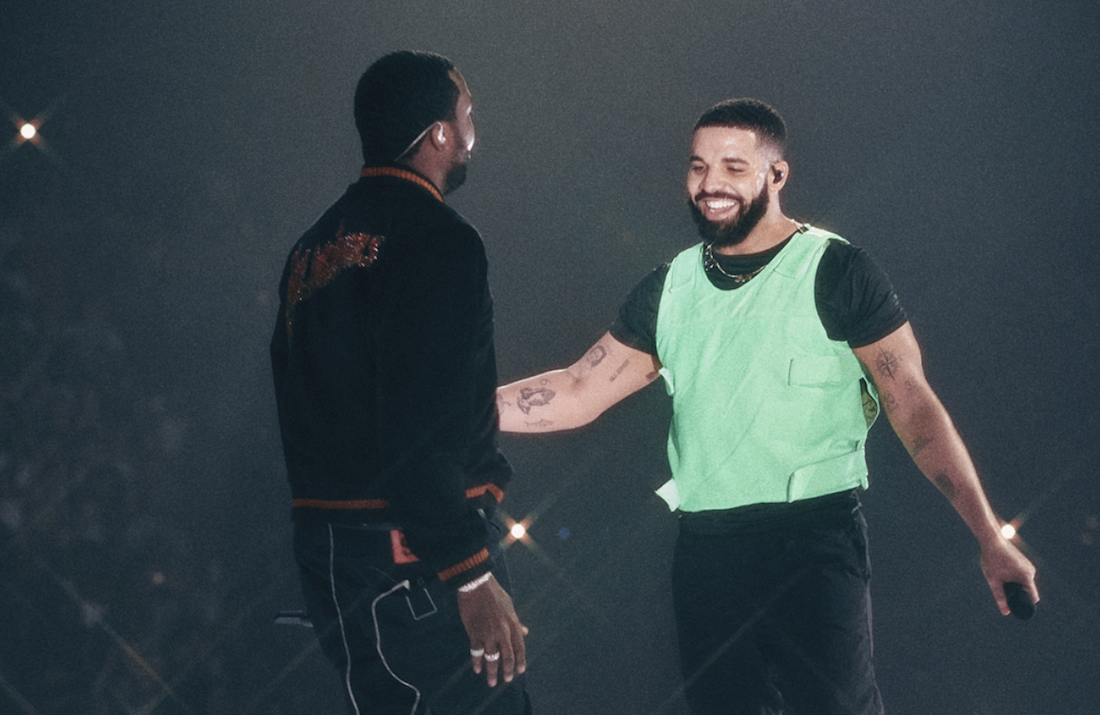 One of the most recent and infamous rap beefs has officially ended. Grammy award-winning rapper Drake and rapper/activist Meek Mill — two of rap music’s most popular stars — have put an end to their feud, appearing together on stage during Drake’s “Aubrey and Three Migos,” tour stop at TD Garden in Boston on Sep. 8. The two performed “Dreams and Nightmares,” with Drake stating:

In case you’ve been living under a rock, Drake and Meek Mill’s war of words kicked off in July 2015 when Meek Mill, who is on Rick Ross’s MMG label was dating fellow rapper Nicki Minaj, Drake’s Cash Money Records label mate. During their courtship, Mill accused Drake via Twitter of using ghostwriters, kicking off an epic battle, with the two rappers dropping competing diss records over the course of a year.

Out of all the diss tracks, Drake’s “Back to Back” for which he received a 2016 Grammy nomination for best rap performance, is considered a hip-hop classic. Drake “got Mill all the way together” on that track and Mill came back with “Wanna Know,” which failed to connect with fans and the recording industry.

Drake released a mixtape with rapper/super producer Future, “What a Time to Be Alive” and continued to take jabs at Mill, who released an EP, 4/4 Part Two, with more jabs. Those efforts were torpedoed with the release of Drake’s Grammy award-winning smash “Hotline Bling” in 2016, delivering the ultimate knockdown of one of Philly’s finest in the rap beef seen and heard around the world.

Mill wasn’t too worried about being on the losing end of a rap battle as he was facing the real threat of going back to prison for a parole violation. In March 2017, he was arrested at a St. Louis airport for fighting. The charges were dropped against the rapper, who was actually defending himself from an aggressive “fan.” He was also arrested for reckless driving for popping wheelies in New York City, which is against the law.

On November 6, 2017, Meek Mill was sentenced to two to four years in prison for violating his parole, resulting in the #FreeMeekMill movement because of the harsh punishment relative to the crime.

On November 19, 2017, Drake spotted a fan in his audience wearing a #FreeMeekMill t-shirt and says the imprisoned rapper should be freed, which is considered the beginning of the end of the beef.

Mill’s incarceration and subsequent release gave both rappers the perspective needed to see the greater issues going on in the world, leading to recent display of peace between Drake and Mill. As long as there is rap music, there will be rap music beefs. See Jay-Z vs. Nas, Biggie vs. Tupac, The Real Roxanne vs. Roxanne Shante, The Juice Crew vs. Boogie Down Productions, Lil’ Kim vs. Foxxy Brown, L.L. Cool J vs. Kool Moe Dee, Ja Rule vs. 50 Cent, Ice Cube vs. NWA or more recently Nicki Minaj vs. everyone.

Hopefully, two rappers with Drake and Meek Mill’s notoriety recognizing the importance of greater issues like social justice, mass incarceration and reforming the justice system, will garner the same type of energy and attention from audiences.

This post was written by Nsenga K. Burton, Ph.D., entertainment and cultural critic for BlackPressUSA. She is also founder of The Burton Wire, an award-winning news blog that covers news of the African Diaspora. Follow her on Twitter @Ntellectual.