“When We All Vote, we get new ideas and new energy. We get leaders that share our values” says Mrs. Obama in a new commercial running on prominent digital platforms and on radio across the U.S.

Michelle Obama Co-Chairs ‘When We All Vote’

When We All Vote, a non-partisan organization inspiring voter turnout in the run up to Election Day in November, is working on a National Week of Action. Former First Lady Michelle Obama is serving as a co-chair.

“When We All Vote, we get new ideas and new energy. We get leaders that share our values” says Mrs. Obama in a new commercial running on prominent digital platforms and on radio across the U.S.

The 2018 cycle has been propelled by two elements: Dislike of President Donald Trump and a record number of women running for office. According to NBC News, there were 53 female Senate candidates, previous record was 40 in 2016, and 476 female House candidates, with the previous record being 298 in 2012. Among the 476 women who ran for a seat in the U.S. House, about 75 percent were Democrats. 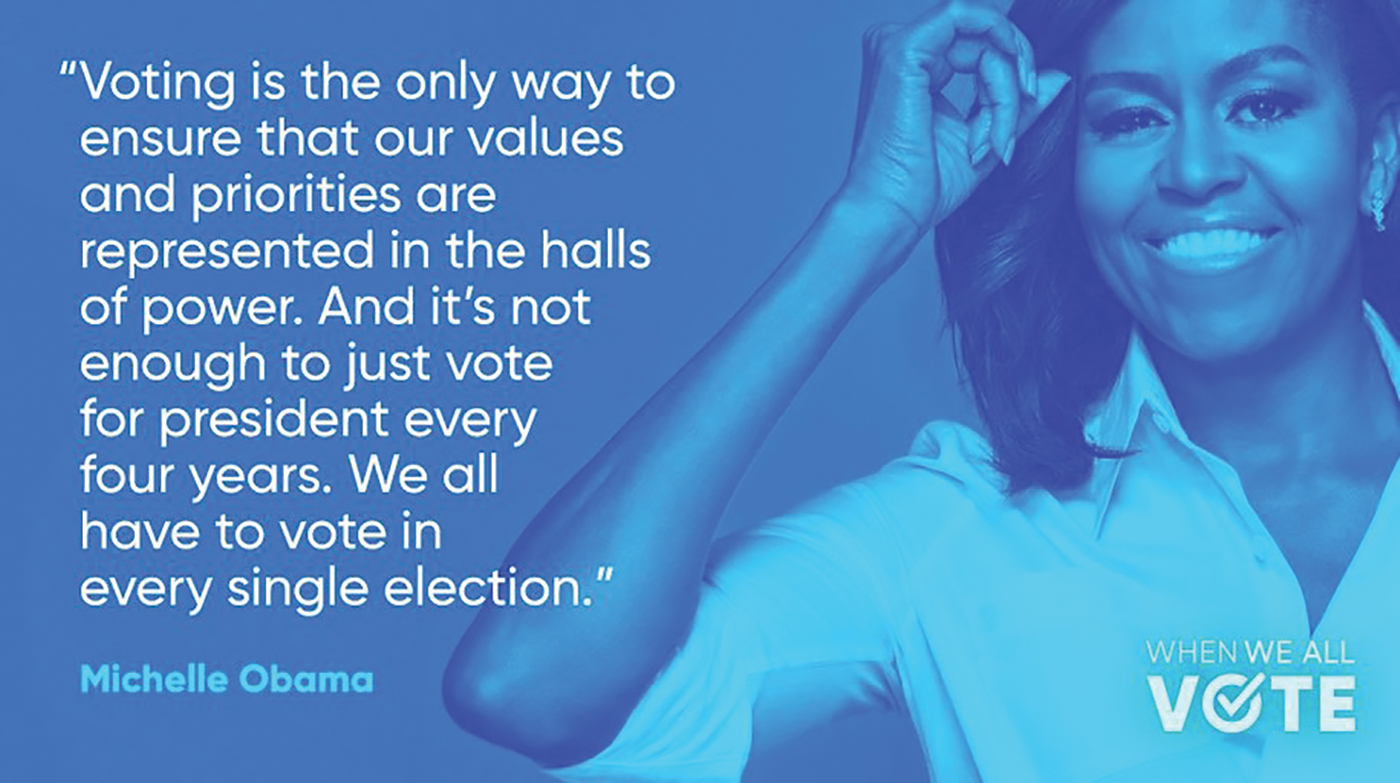 Over 52 percent of Democratic House female candidates won their primary races. There percentage was higher than for Democratic men or Republican women. The 2018 election cycle is expected to be a record one for female candidates. Backlash to Trump’s presidency is widely seen as one of the main reasons as his disapprovals climb higher.

Along with the former First Lady, other Co-Chairs: Janelle Monae, Chris Paul, Tom Hanks and Faith Hill, will lead flagship events along with Loni Love, Keegan-Michael Key and Shonda Rhimes.

When We All Vote arrives as part of several efforts to spike voter turnout in a crucial “off-year” election at a time when voting numbers have increased dramatically when compared to the previous off-year cycle.

Lauren Victoria Burke is an independent journalist and writer for NNPA as well as a political analyst and communications strategist. She may be contacted at LBurke007@gmail.com and on twitter at @LVBurke