Shalala touts her work as secretary of Health and Human Services during the Clinton Administration as part of her ability to deliver to the Black community. She said 7 million children nationwide have health insurance as a result of her policies. She has worked to provide low-income housing and extend Medicaid to those who can’t afford health benefits. 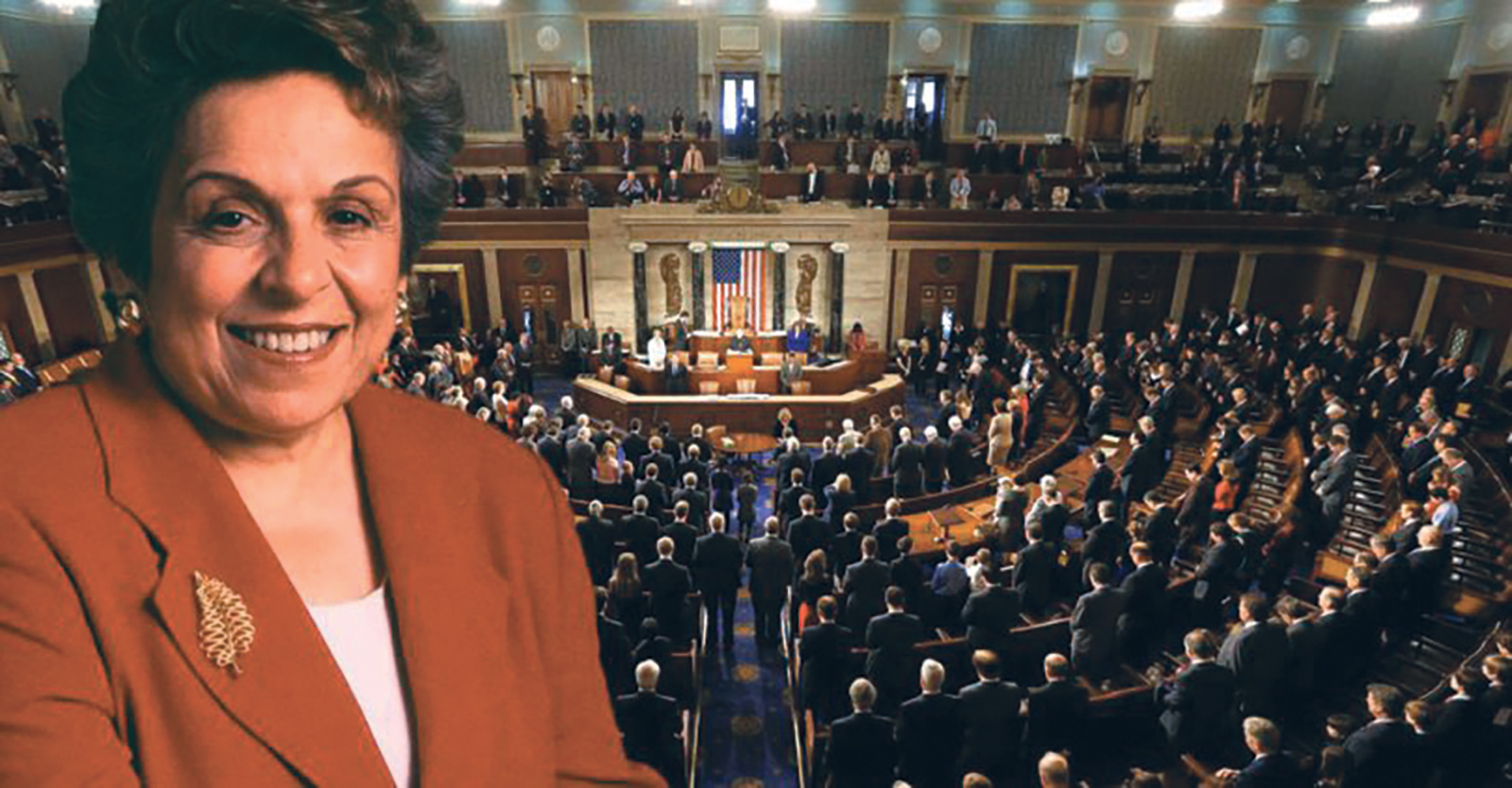 Democrat Donna Shalala should be a shoe-in for the 27th Congressional District.

The candidate for this predominantly Democratic area knows how to raise money as the former head of the Clinton Foundation; and she knew her way around Washington, D.C. as a former Clinton cabinet member. Most of all, Shalala has local name recognition in Greater Miami as the former president of the University of Miami, and she has been a resident of District 27 for the past 20 years.

“I have very high name recognition,” said Shalala in a one-on-one interview with the Miami Times at her campaign headquarters in Coral Gables.

Shalala won a highly contested race against four other Democratic candidates with 32 percent of the vote. She attributes her victory to support from Black neighborhoods.

“I got the largest vote in those areas during the primaries,” said Shalala.

So far, Shalala said she has visited every church in the Black community and expects more votes from former and current students of University of Miami.

“She has been at our church on a few occasions,” said Pastor Alphonso Jackson Sr. of the Second Baptist Church in Richmond Heights. Jackson says that Shalala doesn’t come to his services to politic; she is there to worship and commune with the 3, 200 congregants in his church.

Jackson has been in the ministry for 35 years and pastor of his current church for the past 18 years. He said he is 100 percent in support of Shalala.

“I like her involvement with the community. I like her work that she has done as an advocate for children. And the job that she did at the University of Miami is phenomenal,” said Jackson.

“I followed her from afar, but I got to know her in the last three years personally,” said Jackson. “And I found out that she is really sincere and genuine and passionate in what she is doing. I think she is going to do well in that position.”

Her district is known as one of the wealthiest in South Florida. Bentleys, Jaguars and even the occasional Maserati SUV pass through the tree-lined streets and perfectly manicured lawns. Some parts could be considered the Rodeo Drive of Florida.

But Shalala understands that there are people in her district who face economic and other pressures.

“That’s the myth of this district,” said Shalala. “There are large pockets of poverty. Some of them are immigrant communities and some are old Bahamian communities. Many of them are being gentrified.”

Shalala pointed out that both attorney general candidate Sean Shaw and gubernatorial candidate Andrew Gillum won these neighborhoods and cities during the primaries. Gillum was raised in Richmond Heights, which is part of her district. The strong Democratic base may be able to pull Shalala into office.

Her main opponent is Republican Maria Salazar, who has never held public office and is known in the community as a TV personality. There is also an Independent candidate named Mayra Joli who is both Black and Hispanic and running in support of the Trump agenda.

“Neither of my opponents have ever designed or delivered a program,” Shalala said.

Shalala touts her work as secretary of Health and Human Services during the Clinton Administration as part of her ability to deliver to the Black community. She said 7 million children nationwide have health insurance as a result of her policies. She has worked to provide low-income housing and extend Medicaid to those who can’t afford health benefits.

“Gun control is also very important to all the communities, which I would represent,” said Shalala.

The 27th Congressional district is nearly 60 percent Hispanic with a diversity of Spanish-speaking communities from Nicaragua, Venezuela and Cuba. Ileana Ros-Lehtinen, who was born in Cuba and represented the district since 1989, was a popular Republican politician.

“Cuban Dems are going to vote for me,” said Shalala, whose ancestors immigrated to America from Lebanon.

“If you look at my votes and the polls, it is very clear that the Hispanic community knows me and supports me. It is a myth that you have to be a Hispanic to win this district.”

Both her opponents are long-term Spanish-speaking residents of the district and are strident Trump supporters.

Some political analysts have predicted that in this three-way race, the two Trump supporters may split the Republican vote and hand Shalala the victory.

“My grassroot movement is catching fire,” said Joli, a former Democrat who said she sees herself as the poster child for the Walk-Away Movement consisting of former Democrats.

Currently, Joli only garners about 10 percent in the polls but feels she will get votes from the 138,000 independent voters in the district as well as votes from both main parties.

Shalala said she respects Joli but does not see her as a threat to her chances of winning the election.

“Her impact will be as a Republican not as a Democrat,” said Shalala. “Her impact is not in the African-American community. Her impact is not there because she is a pure Trumpite. Yes, she is Black, but her ideology is that of Donald Trump.”

Shalala acknowledged that both campaigns are vying for those 138,000 independent voters.

A New York Times/Siena poll shows Shalala ahead by seven points while a Mason-Dixon poll shows Salazar ahead by two points, according to realclearpolitics.com. Neither poll includes the impact of Joli as a third-party candidate.

Shalala’s campaign manager, William Washington said he has a two-fold strategy to give Shalala the win: First, by using a complete ground operation and second, a media digital operation.

Washington said their team will be canvassing, calling and texting voters in order to make a personal connection to people.

“We are making sure that we get across Donna’s message and why she would serve this community with great honor,” Washington said.