“I’m thankful to the NSMA for recognizing me with this award, to the Clippers and FOX Sports, and most importantly, to all of Clipper Nation for tuning in to see and hear me call 40 years of Clippers games,” said Lawler. “It’s an honor to be celebrated by my peers during my final season. Oh me, oh my, it’s been quite a ride.” 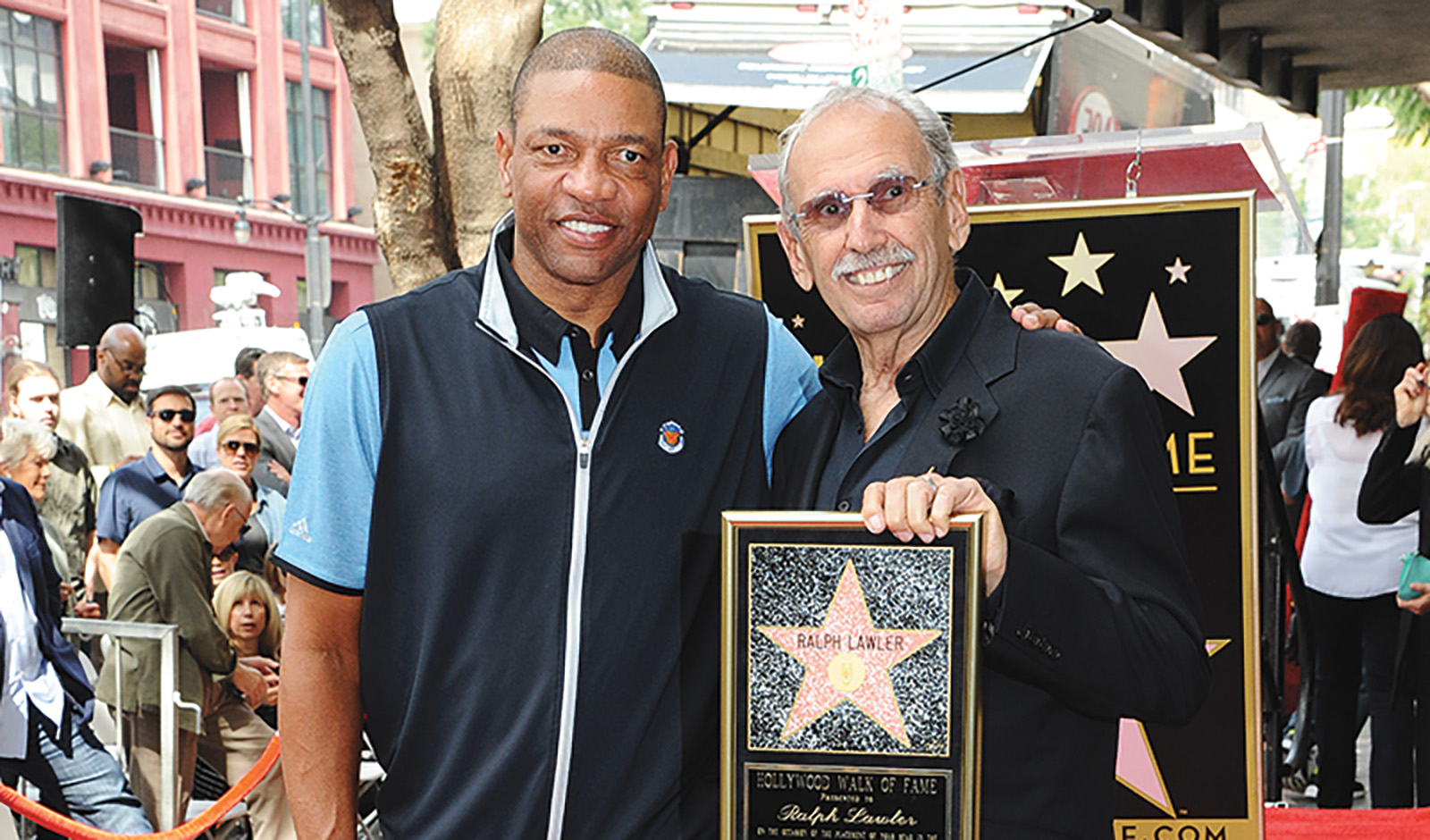 The National Sports Media Association (NSMA) today announced that the legendary “Voice of the Clippers” Ralph Lawler has been voted by his peers as the 2018 California Sportscaster of the Year. Lawler is in his 40th season with the Clippers and will retire at the end of the season. His call can be heard on Prime Ticket/Fox Sports San Diego. Lawler will be honored alongside all of this year’s NSMA award winners during the 60th annual NSMA Awards Weekend, June 22-24, 2019 in Winston-Salem, N.C.

“I’m thankful to the NSMA for recognizing me with this award, to the Clippers and FOX Sports, and most importantly, to all of Clipper Nation for tuning in to see and hear me call 40 years of Clippers games,” said Lawler. “It’s an honor to be celebrated by my peers during my final season. Oh me, oh my, it’s been quite a ride.”

One of the NBA’s longest-tenured broadcasters, Lawler, 80, joined the then San Diego Clippers in the team’s first year in California, 1978, where he spent six years before moving with the Clippers to Los Angeles. Since, he has called more than 3,100 games. Lawler has distinguished himself as one of the broadcasting industry’s elite, as he is one of a very few announcers who has called games in each of the four major U.S. Sports Leagues: NFL (Chargers), MLB (Phillies), NHL (Flyers) and NBA (Clippers and 76ers). He has called more than 3,140 Clippers games in 91 cities and six countries.

In addition to the California Sportscaster of the Year honor, Lawler’s commitment to his craft has been recognized with a Star on the Hollywood Walk of Fame, three Emmys, a Telly Award and inductions into the Southern California Sports Broadcasters Hall of Fame and the California Sports Hall of Fame. Lawler’s extensive resume dates to his high school days in his hometown of Peoria, Illinois, where he first started calling games. Over the past decades he has invented numerous “Lawler-isms” that have become a fixture in Clippers broadcasts and across the NBA. Fans watching Clippers games expect to hear a number of his catchphrases, including “Bingo!” for made three-pointers, or his signature, “Oh Me, Oh My” after highlight plays. Throughout the league, his colleagues frequently reference “Lawler’s Law,” which states that the team that reaches 100 points first will win the game.

The impact that Lawler has had on the Clippers organization and the broadcasting community across his four decades with the team is immeasurable. Lawler’s career is longer than the lifetimes of eight NBA franchises and he has been the Voice of the Clippers through seven U.S. Presidents and three NBA Commissioners.

Familiar faces from the Clippers’ past and present are paying tribute to Lawler in his final season by joining him to provide game commentary throughout the season. Longtime Clippers fan and season ticket holder Billy Crystal will join him to call the team’s January 31 game against the Lakers on Fox Sports Prime Ticket. Current Nets analyst Mike Fratello will join Lawler on January 23 in Miami and Basketball Hall of Famer Hubie Brown will add commentary for the Clippers’ March 24 game against the New York Knicks.

The Clippers will conclude the regular season by hosting Ralph Lawler Night at Staples Center on Wednesday, April 10 at 7:30 p.m. vs. the Utah Jazz. The first 10,000 fans at the game will receive Ralph Lawler bobbleheads, presented by CarMax, and the evening will feature special guests, ceremonies and a celebration of Lawler’s career. Fans can visit the Instagram page honoring Lawler (@Ralph) to reflect on his storied career and share their favorite Lawler memories.