“That’s why it’s so refreshing when a white American takes a stand on those issues, the way Walton did at the MLK symposium. Not only does it signal that someone other than black folk are paying attention to these issues, it calls the rest of America to action.” 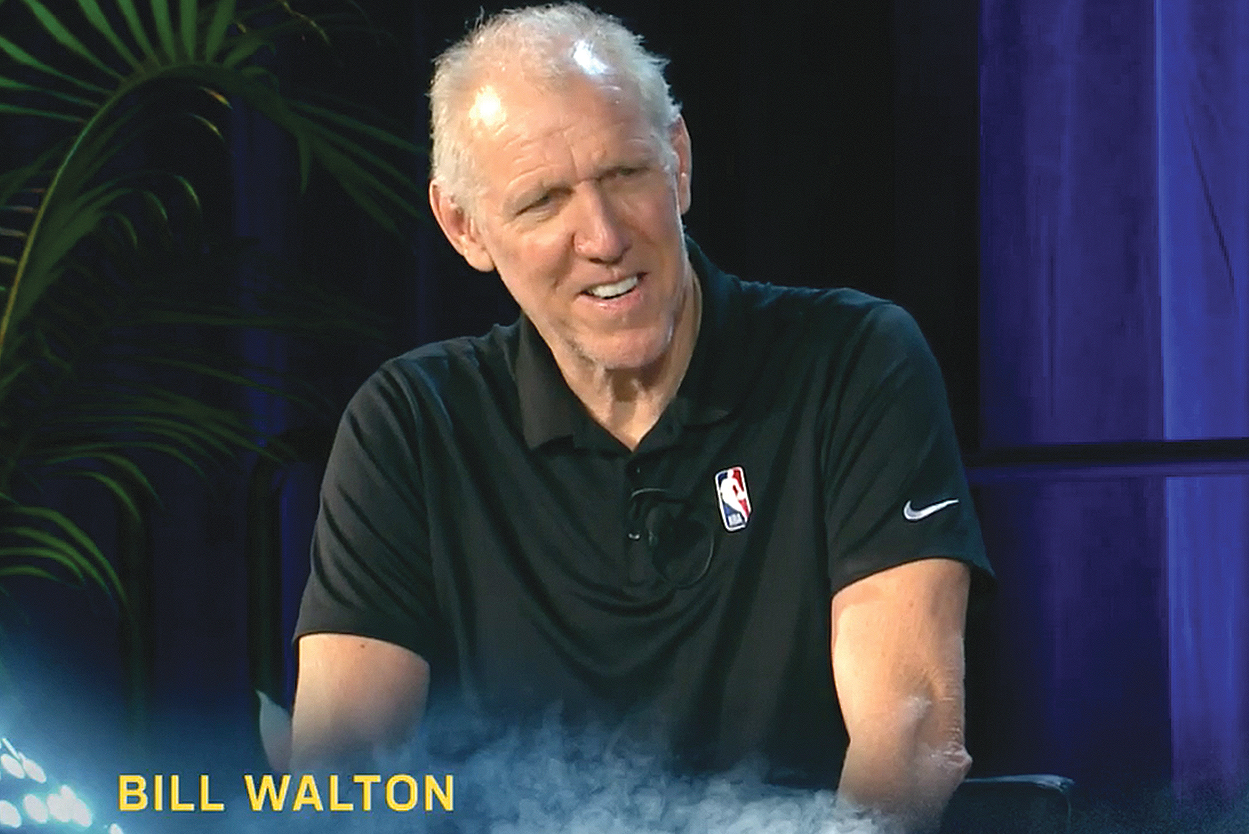 At this point, I’ve lost count of how many MLK Day Grizzlies games I’ve covered. Same for the extracurricular activities surrounding the game — the panels, the service projects and, of course, the Earl Lloyd Sports Legacy Symposium, which immediately precedes the game.

As Grizzlies’ TV announcer Pete Pranica made his opening remarks, I was settling in for a healthy – but safe – conversation about Dr. King.

Why do I keep bringing up the word “safe?”

Because while Dr. King absolutely is worthy to be recognized as the great human being and American citizen he was, events like these double as public relations opportunities – meaning, they must pay respect to Dr. King while at the same time not ruffling any feathers or making anyone uncomfortable. By contrast, Dr. King died ruffling feathers and making people uncomfortable.

By and large, the MLK symposia have been . . . blah. I mean, I’m glad the team does them, don’t get me wrong. But I’ve already heard (insert 60s era athlete here) talk about segregation countless times. I’ve listened to (insert recent NBA star here) talk about the stories they learned about King from their parents. I mean no disrespect, but . . . yawn.

Which is why watching Bill Walton take over Monday’s 2019 symposium was so entertaining. Walton is a notorious talkaholic, and he was on a verbal bender Monday afternoon. He started even before he was introduced, joking that Pranica (a longtime friend) was his grandson.

“He was very well behaved as a boy,” Walton joked. The crowd laughed, and not for the last time.

Walton showed the most deference to Embry, who talked about his experiences as a GM in an America still not quite used to desegregation:

Wayne Embry on being the first African-American general manager in the NBA. #MLKDay pic.twitter.com/BYuT5Ga10N

But everyone else on the stage was fair game. Pranica asked Bosh a question. Walton cut him off and reeled off a long answer before finally allowing Bosh to respond.

Pranica asked Parker what advice she would give to children she speaks to. Parker gave a thoughtful answer — said she would encourage young people to work hard and develop a passion. She told a story about how her younger brother became a physician instead of a professional athlete like Parker and her older brother.

"Work hard. Develop a passion." – @Candace_Parker on the advice she would give to kid's today.#MLKDay pic.twitter.com/vcKLYXaSd0

And before the crowd could finish applauding, Walton immediately jumped in: “I must disagree with Candace. . . .” before ripping off another Waltonian missive.

I must give a quick shout to this remark from Parker, when asked what the Civil Rights issues of today are. Her answer: “I hope at some point, there are two or three women …sitting up here one day.”

"I hope at some point there are two or three women are sitting up here one day." – @Candace_Parker on the Civil Rights challenges of 2019#MLKDay pic.twitter.com/W32MMyPBsO

Throughout the event, he playfully jabbed at Pranica, who did a remarkable job of respecting Walton while keeping the live-streamed event from going off the rails. Walton also respectfully poked fun at Embry as the only person on the panel older than himself. He also shouted out his former teammate at Portland, former Grizzlies coach Lionel Hollins, who was in the audience.

And if you’re thinking, “Dang, Bill Walton was being downright disrespectful,” well, you’d be right – if it weren’t for three things: One, the old man has a way with words. Two, he had the audience laughing half the time. And the other half of the time, Bill Walton was saying things that weren’t “safe” — and the crowd was saying “Amen.”

Pranica asked Parker what she thought the civil rights issues of today are. She said something thoughtful, but safe. Then Walton blurted out, “Voter suppression!”

At one point, the people in front of me murmured to each other: “He preaching, ain’t he?” The response: “Gon’ have to pass the plate in a minute . . .”

Of course, modern social issues like voter suppression, mass incarceration and police brutality are not “black” issues, even though they disproportionately affect African Americans. They are American issues, which is why it can be frustrating when it seems the only demographic speaking up about injustice are black folks.

That’s why it’s so refreshing when a white American takes a stand on those issues, the way Walton did at the MLK symposium. Not only does it signal that someone other than black folk are paying attention to these issues, it calls the rest of America to action. It’s not talked about much, but decades ago, many white people bled and died speaking out against racism and discrimination. In those days, it could get you killed, regardless of your skin color. To take a stand took courage.

Arguably, it takes less courage these days. But it was still refreshing to hear Walton say what needs to be said. Even if he was a bit obnoxious about it to his fellow honorees.