William Austin Williams, native of Walterboro, South Carolina, is a local artifact of sorts. His corner house is home to a prized Bonsai collection of about 175 mini trees. Nestled among his miniature forest, sits a 14 x 27 six-foot deep 10,000 gallon Koi fish pond that’s stocked with some of the most gorgeous brightly colored fish, ranging in size from 12-inches to about 3 feet. 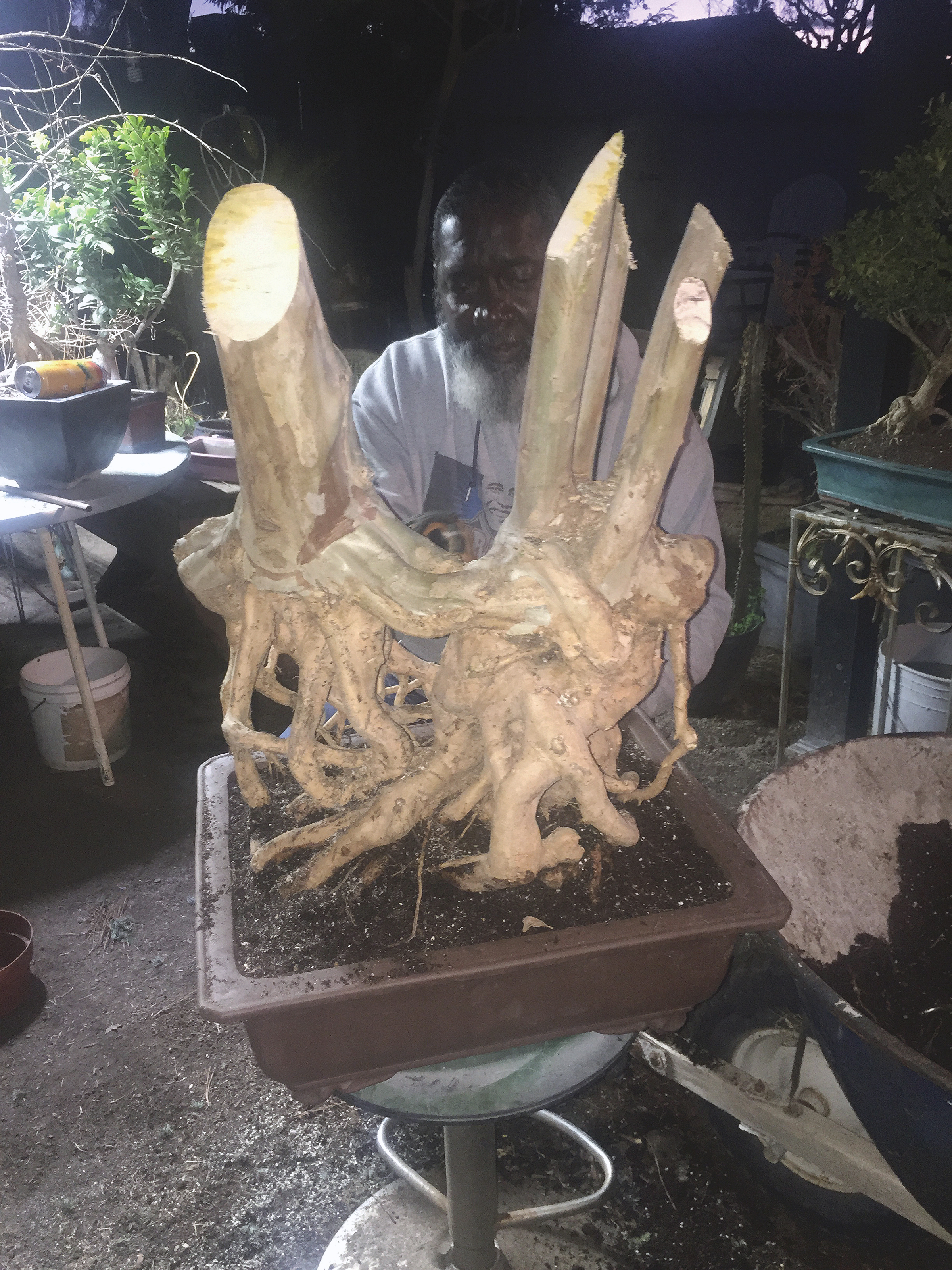 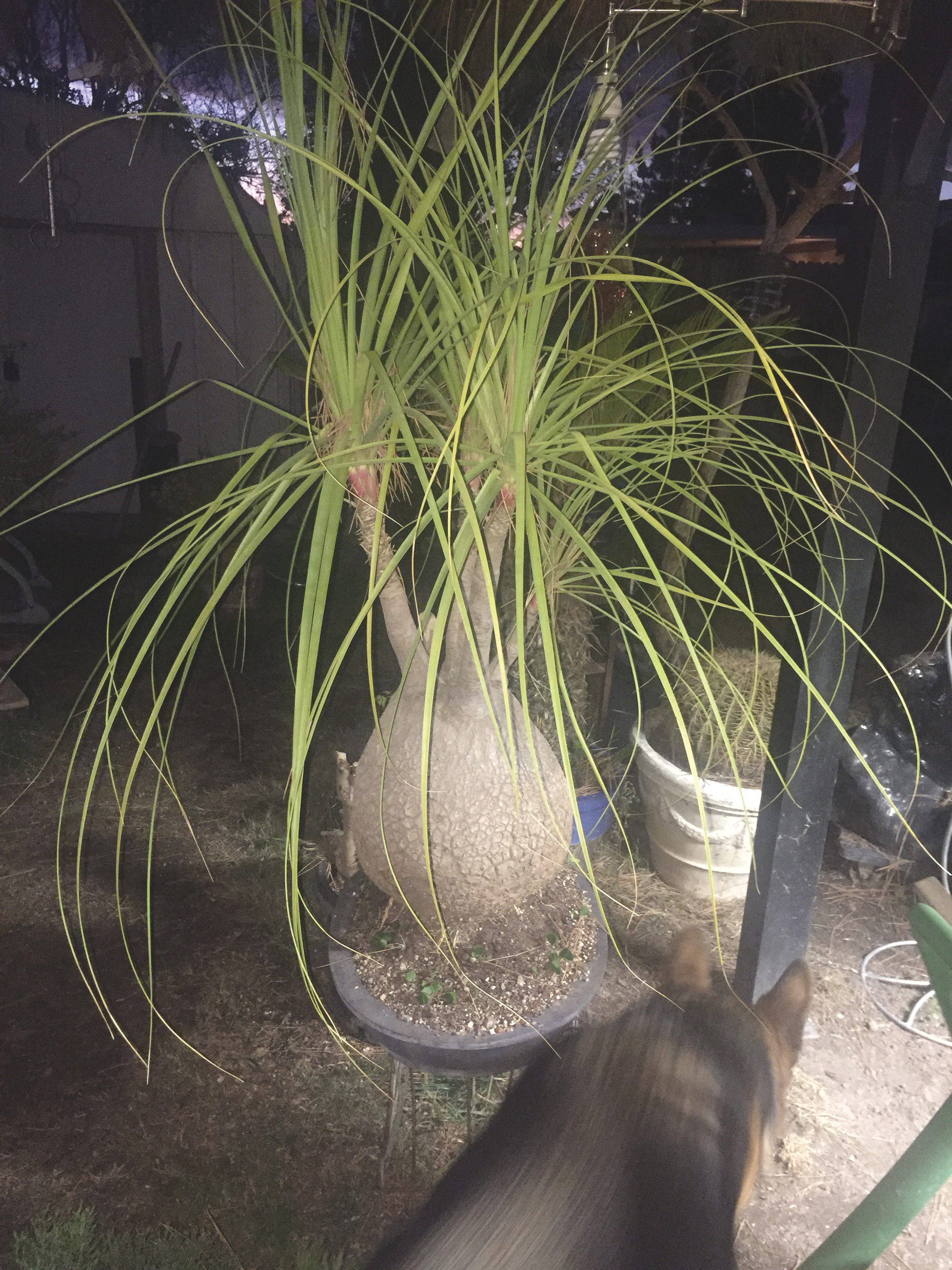 His corner house is home to a prized Bonsai collection of about 175 mini trees. Nestled among his miniature forest, sits a 14 x 27 six-foot deep 10,000 gallon Koi fish pond that’s stocked with some of the most gorgeous brightly colored fish, ranging in size from 12-inches to about 3 feet.

Williams can be found sitting by the pond for hours watching the fish, transplanting, or tinkering with something around the house. It seems Mr. Williams is truly a “Jack of all trades and master of all.”

Williams built the pond himself about 15-years ago as well as an intricately designed Bakki Shower filtration system which makes the serene backyard sound somewhat like an “island get-away” spot instead of a pond.

Among the many species of Koi fish in the huge pond are Sanke, Ogan, Showa, High-Fin Shark and even a Sturgeon, which is not a Koi.

Williams is the event coordinator and member of the Bakersfield Golden Empire Koi Club. He was the first African American to join the all-White club.

“When I first became interested in joining a Koi Club, 17- years ago, Williams said, “I was told by a member that ‘this is a rich-White man’s club.’ “I didn’t give up, he said, but I set out to change that mindset and I did.”

“I was just as good as anybody else; color didn’t matter, neither my financial status, Williams said. Now, some seventeen (17) years later there are several African American men who are members of our Koi Club.”

Williams, a black-belt in Japanese Martial Art and for many years, has been interested in Chinese and Japanese Cultures.

“I became interested in Bonsai Trees when I went to Japan,” Williams said.

“I imagine transforming a large tree into a small tree. Sometimes it might take me hours, days, or weeks to complete it, but the finished product is what I most enjoy,” Williams said.

Many of Williams Bonsai trees range in price from $125 to several thousands of dollars.

Not only does Williams have a “green thumb”, he also has a keen eye for collectables. From several types of vintage Victrola Record players to British tea cups, Williams has little of some things and a lot of everything.

Some evenings you just might find him flying his drone, or riding his Trikke Bike, or walking his huge German shepherd, Jackson, or maybe even racing one of his gas-powered cars up and down the street. But one thing you won’t find him doing…is being bored.

The 74-year old retiree is an usher and Deacon at The Vibrant City Church where his wife, Darlene, is pastor.