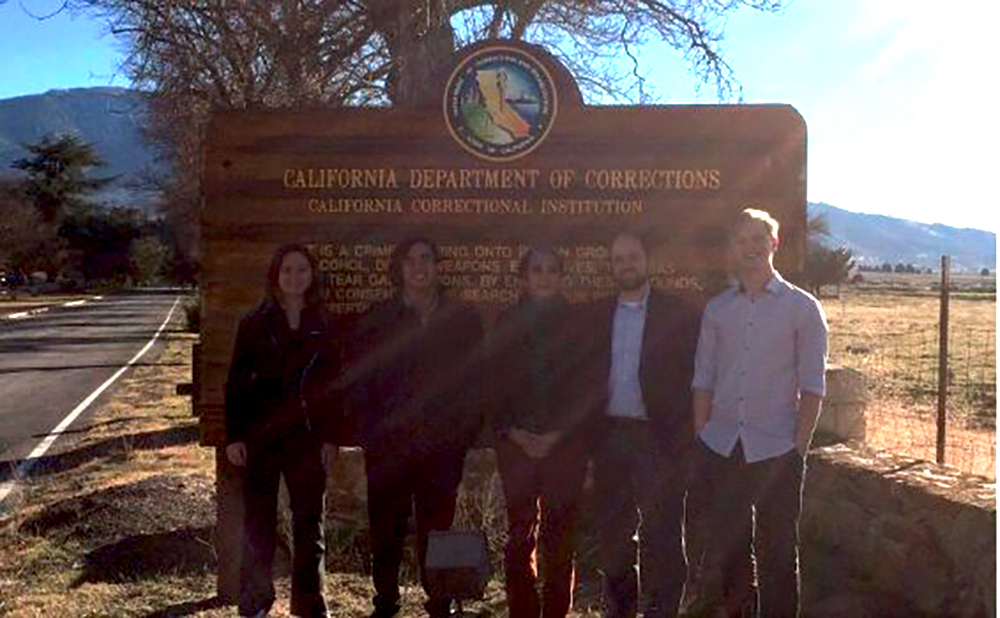 Should felons have voting rights? Students and inmates discussed this question in January at Cal State Bakersfield’s Ethics Bowl in the Tehachapi prison.

Inmates looked at different state laws and argued they should have voting rights as part of their rehabilitation process.

Ethics Bowl is a debate competition on ethical issues where both teams, CSUB students and inmates, present their viewpoints. There are three judges who determine the winners of the competition.

“Ethics Bowl is more of a conversation to get at the best position of the topic,” said Nate Olson, coach of the Ethics Bowl team and CSUB philosophy professor.

“It is a great learning experience to go see what their lives are about,” Olson said. “(Ethics Bowl) gives inmates a chance to talk about issues important to them and be engaged in an educational process. It re-integrates people back into society.”

The program began in 2017 after social worker Dian Gier expressed interest in an activity the inmates could partake in. She reached out to the Philosophy department at CSUB with the idea.

Gier said the competition is a good form of group therapy. It allows the inmates to work together and talk through disagreements. Since the program began, she has been inspired by the changes she sees in inmates, she said.

“Inmates feel like they are worth something,” Gier said. “No one sees their value, so (Ethics Bowl) gives inmates a sense of purpose and belonging and gives rise to their self esteem as a form of self healing.”

Cedric Brooks, a Cal State Bakersfield student, plans to partake in the next Ethics Bowl competition, but it won’t be the first time he joins in on the debate.

He competed in the first competition in 2017 — not as a student, but as an inmate at the Tehachapi prison. Brooks joined the debate for therapeutic reasons, he said.

“(Ethics Bowl) was a source of freedom where you can be yourself, giving me self confidence,” Books said. “It was a moment where segregation was nonexistent, and we were able to see the love each nationality had for one another to achieve the same goal.”

“Everyone just saw you as a human being in that we are all going through something to get somewhere else,” said Brooks, who is now majoring in sociology.

When Brooks competes this fall as a student, he hopes to be an example for the inmates.

“There is a better way, despite our background, self hatred, lack in other areas. We can be something more, thanks to the Lord and bible,” he said.

And he hopes the inmates learn from the experience, just as he did in 2017.