Don Newcombe was legendary on and off the baseball field. He recently passed leaving behind many sad fans and a beautiful caring wife Karen. The two were inseparable. Don once said, “If it weren’t for her I don’t know where I would be.” 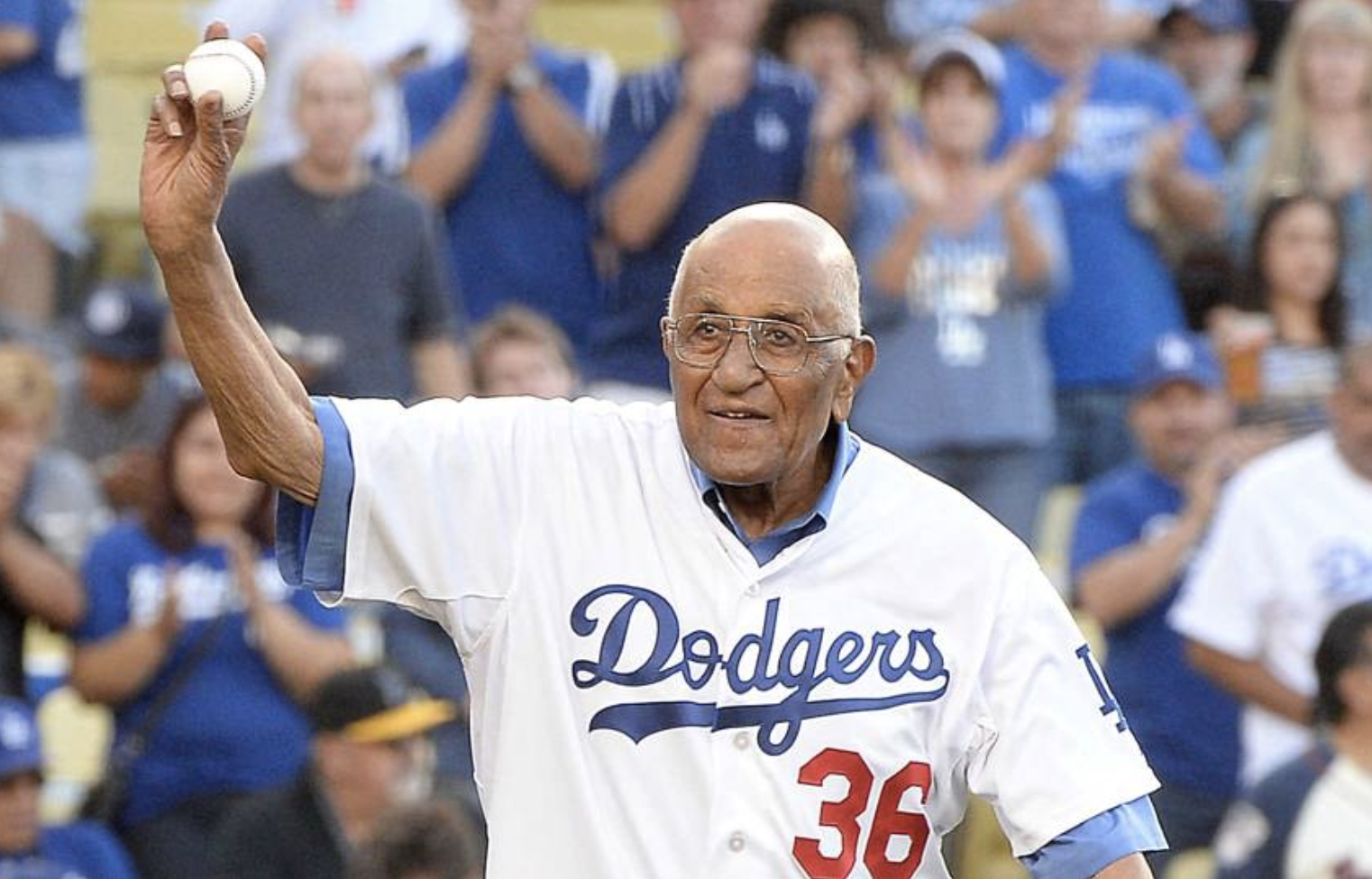 Don Newcombe was legendary on and off the baseball field. He recently passed leaving behind many sad fans and a beautiful caring wife Karen. The two were inseparable. Don once said, “If it weren’t for her I don’t know where I would be.”
Newcombe was born in Madison , New Jersey in 1925. After playing with the Newark Eagles of the Negro National League in 1944-1945 Newcombe was signed by the Dodgers with Catcher Roy Campanella.

Dodger Team President Branch Rickey attempted to send Newcombe and future Hall of Fame catcher Roy Campanella to the Dodgers’ in Danville, Illinois, the affiliate in the Class B Three-I League. The league threatened to shut down if the two black players arrived.

Newcombe and Campanella were instead sent to the Nashua (New Hampshire) Dodgers of the Class B New England League in 1946. They became part of the first integrated Pro baseball team in  America during the 20th century.

Jackie Robinson began his career in the Dodger organization that year with its International League affiliate in Montreal.

Newcombe began his career with the Brooklyn Dodgers in 1949, going 17-8, helping the Dodgers to the National League pennant and receiving the National League rookie of the year award. He was a three-time 20-game winner in his seven seasons in Brooklyn, missing the 1952 and 1953 seasons while serving in the U.S. Army.

“Don Newcombe had a ton of talent and he was a great competitor,” Dodgers Hall of Fame manager Tommy Lasorda said. “He was a helluva pitcher and he was one of the best hitting pitchers I have ever seen.”

Hall of Fame pitcher Sandy Koufax called Newcombe a “mentor at first, friend at the end, missed by anyone who got to know him.”

Newcombe finished his baseball career with 149 wins, 60 losses and a 3.56 earned-run average. He lost two years of his prime to military service during the Korean War. He pitched for the Dodgers from 1949-58, including 11 games after the franchise moved to Los Angeles. He was a a four-time All-Star. He was later traded to the Cincinnati Reds in June 1958 and finished his career with the Cleveland Indians in 1960.

After he announced his retirement from MLB, Newcombe was lured to Japan by the Chunichi Dragons. In 1962, he became the first former major leaguer to play in Japan, playing the outfield and first base — pitching just once. In  his only season there he became one of the league’s top outfielders, hitting 12 home runs in 81 games. Along with Larry Doby he was one of two players who spent time in MLB, Nippon Professional Baseball, and the Negro Leagues.

Newcombe was a big supporter of MLB’s RBI (Reviving Baseball in the Inner-Cities) Program. It goal was to increase the numbers of minorities in baseball.  It was founded by John Young and you could find Newcome and many of its events. The RBI newcomer of the Year is named “The Don Newcomber Award”.

Newcombe once said: “What I have done after my baseball career — being able to help people with their lives and getting their lives back on track so they become productive human being again — that means more to me than all the things I did in baseball.”