Over the course of the next few weekends, we will enjoy 67 games where we are sure to see some of the most exciting college basketball games possible. These series of games will determine the NCAA Men’s Basketballs Championship of this season. For grins and giggles, like many others, the What’s Good in Sports team has completed and submitted our bracket to see how we fare against the competition. 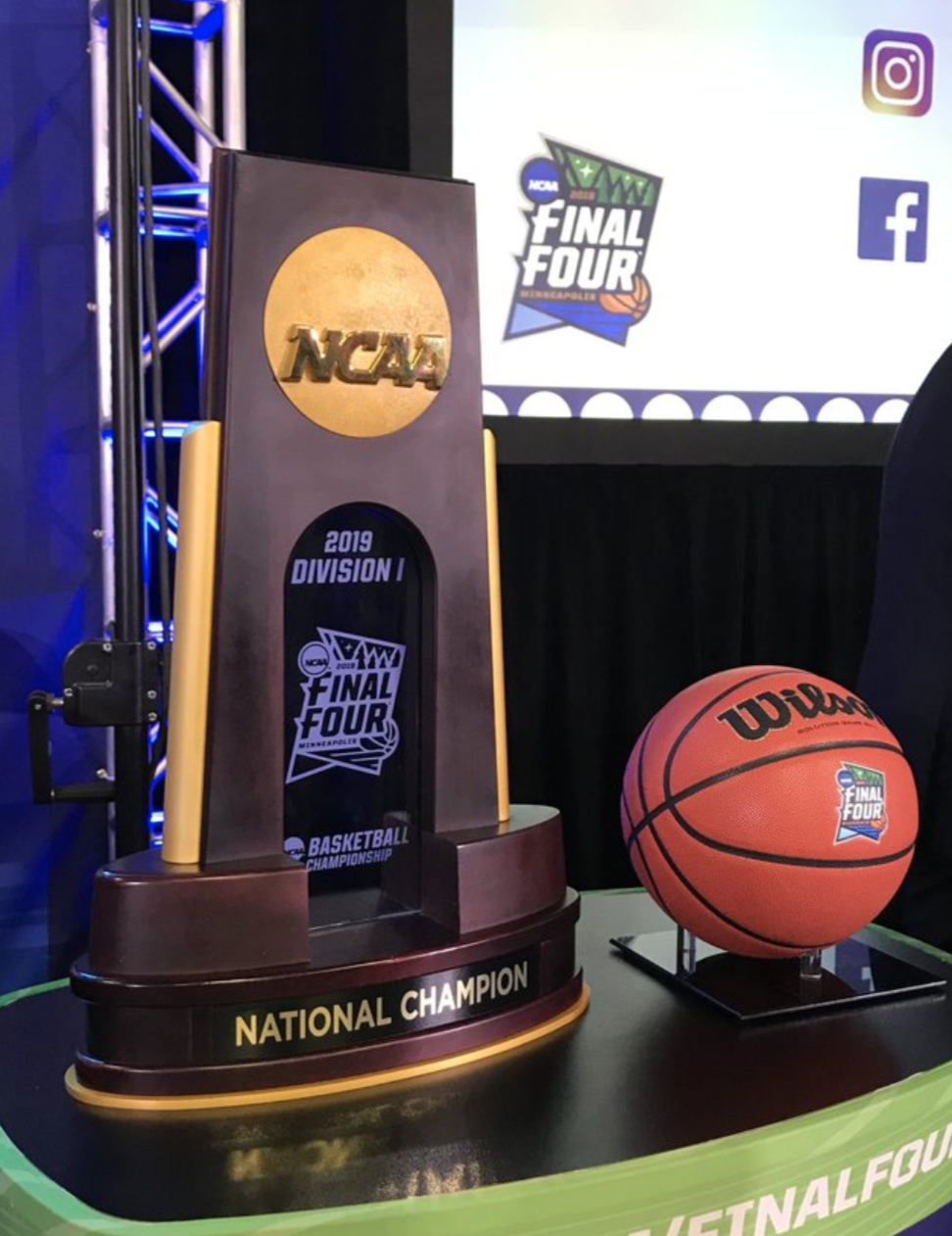 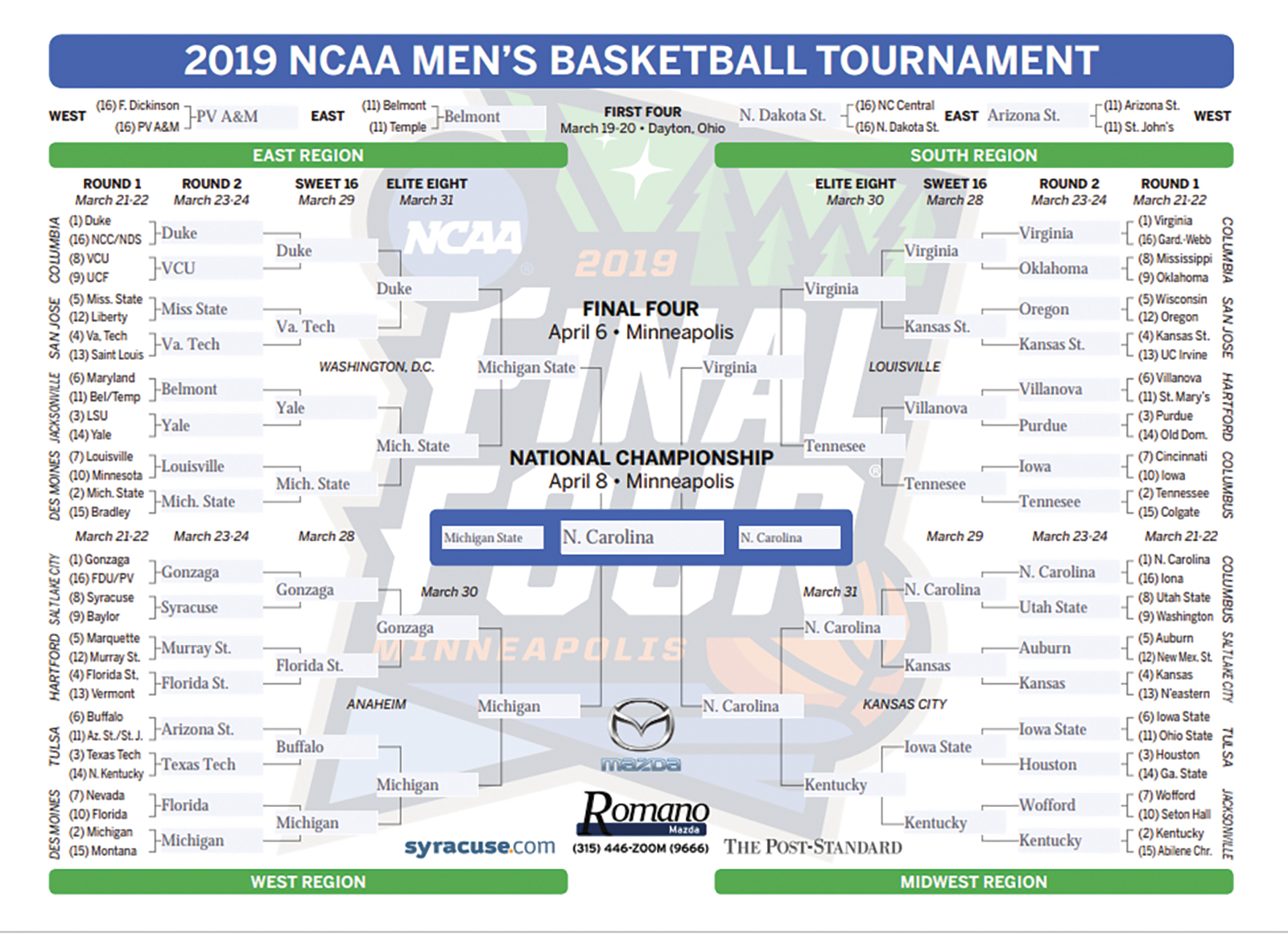 This past weekend in Arlington, Texas, over 47,500 boxing fans piled into AT&T Stadium to see what was easily billed as the fight of the year, in this early year. When Mikey Garcia challenged the IBF Welterweight Champion Errol Spence boxing fans across the land marked the date on their calendar. By all accounts, this was an early success for PBC on FOX’s first Pay-per-view telecast.

When asked about how he felt going into the evening Spence spoke about fighting in his home crowd, “The motivation fighting in front of my hometown crowd made me feel great! These people have supported me since day one and I wanted to put on a good performance for all of them.”

Garcia was asked the same question and responded by saying, “I really appreciate the love and support of the fans tonight,” said Garcia. “It’s a great night and all the credit to Errol, he’s a great champion. He’s the truth. He executed his game plan very well.”

Because it was a home ring advantage for Errol Spence, there were many rooting for Errol Spence even though Mikey had his share of fans that made their presence heard in the stadium as well. Those for Garcia were especially loud in the early rounds as Garcia appeared to take a lead on the scorecards.

When discussing the results of the fight with my colleagues, I realized I was the only one to give Mikey 2 rounds in the fight, the second and third. Opening in the fourth round, it appeared Spence flipped the switch. If you thought he came out measured and tentative in the early rounds, he came out on an all-out attack in the fourth round.

Spence himself said, “I read and see everything” when addressing the media post-fight. He went on to say “Throughout training camp, a lot of commentators thought he was too smart, and I couldn’t box as well as him. I showed I can box and I can move my head if I want to.” Spence continued on to say, “The game is to be smart, it’s the sweet science. I had the size and reach advantage, so why not use it to take away the jab? It’s a weapon for me and it takes away one of his weapons.”

When asked what he thought of Mikey Garcia for challenging him, Errol stated, “I give Mikey Garcia all the credit for taking this fight. Mikey and I put on a great show in front of all these lovely fans. I respect him so much and I appreciate him for stepping up.” As it has been tough for Spence to find a dance partner in the Welterweight division.

As the fight carried into the later rounds Spence seemed to insert his dominance of Garcia. Mikey felt this as well by stating, “He came out here with a good game plan and kept the distance at his favor. I couldn’t get my rhythm going and he did what he had to do. I tried to make adjustments and he kept executing.” The stiff jab from Spence was the execution Garcia referenced.

Garcia sounded accepting of a moral victory, in the post-fight press conference by stating, “I was able to hold my own. I felt good and I felt strong myself. I think he felt my power, but he definitely has power also.” When asked about the potential of his corner throwing in the towel, Garcia mentioned, “My brother wanted to maybe stop the fight in the later rounds. He didn’t want to let me get hit more, but I told him I was fine, and I tried to go out there and pull it off. I thought I could have landed one good shot to change everything, but I wasn’t able to land it.”

As Garcia reflected on the night, he also shed some light on his future, “We just went 12-rounds with a great welterweight champion. That’s a feat no one has done recently. I’m proud of what I was able to do. I have to go back and think about it. I will probably go back to the lighter division, but we’ll have to think about it.”

Though this won’t hold up as the fight of the year, many will see this as Spence’s coming out party. The Garcia boxing family is well respected in boxing and to dismantle their shining star as he did on Saturday night in Arlington. It’ll be interesting to see Mikey responds to this loss.

Spence made it known that he would like to fight boxing legend and welterweight titleholder Manny Pacquiao next, by calling him over after the fight to say to him and anyone tuned in, “He’s broken records here before, he’s a legend in the sport and it’d be my honor to fight him next,” said Spence. Pacquiao responded by saying, “Yes, why not?” Pacquiao continued on to say, “We’ll give the fans a good fight. I’m so happy to be here at AT&T Stadium and I hope I will be back here soon.” Well, see what actually happens, though my initial opinion is a Pacquiao vs. Spence match would be an easier fight for Spence than his match-up with Garcia.

The co-main event included a super middleweight matchup which we saw unbeaten former 168-pound world champion David Benavidez (21-0, 18 KOs) dominate J’Leon Love (24-3-1, 13 KOs) by earning a second-round knock-out. “It’s a dream come true to fight on this stage in front of these fans,” said Benavidez. “These fans give me the motivation to get up every day and go the extra mile.”

The 22-year-old Benavidez made Love pay for trying to crowd him, by stunning him a powerful left hook. “I tried to pace myself, but it wasn’t necessary tonight,” Mentioned Benevidez. “I expected to knock him out, but when I hit him with the first good shot, I knew he wasn’t going to last,” Benavidez continued on to say.

Laurence Cole jumped in to stop the bout 1:14 into round two as Benavidez caught Love with a clean combo on the ropes that stunned Love. Benavidez began to throw a flurry of furious combos which ultimately stopped the fight. Shortly after the fight, Benavidez made it a point to call out WBC Super Middleweight Champion Anthony Dirrell, who was in attendance at the fight, “I saw Anthony Dirrell with the WBC belt. He can’t call himself a champion until he fights me. That’s my belt. I’m going to go get it. It’s mine.”

Boxing fans also saw the U.S. debut of former Bantamweight Champion Luis Nery (29-0, 23 KOs) as he knocks down former champion McJoe Arroyo (18-3, 8 KOs) four times on his way to a fifth-round victory by stoppage. “We’re two great fighters who were here to put on a show,” said Nery. “That’s what you have to expect from fighters of our caliber. I’m happy to start on the right foot here in my U.S. debut and show everyone I’m still the best at bantamweight.”

“I never felt like I was dazed or anything, they were just hard punches,” said Arroyo. “I went down but got right back up. If it were up to me I’d have kept going. I have to give respect to my opponent for his performance. This isn’t the end of my career. I’ve seen him fight before but I was surprised by his power. It was his night tonight.”

When asked about his future Nery said, “We’re going to train hard and hopefully by June, we’ll have the belt back; I want to win back my belt, then unify the division.”

Heavyweight fan-favorite Chris Arreola (38-5-1, 33 KOs) kicked off the pay-per-view and earned a third-round stoppage over previously unbeaten Jean Pierre Augustin (17-1-1, 12 KOs). “Augustin is a hungry kid who tried to make a name off of me,” said Arreola. “I lose and I’m out, but I’m not going out!” Referencing his previous comments that, “I will retire if I lose! I touched him a couple of times and saw he was hurt. I stayed calm and the stoppage came.”

Augustin caught Arreola with a shot that caused blood to start pouring from Arreola’s nose towards at the end of round two. It was then that the Riverside, CA., native started round three by connecting with a straight left that stunned Augustin and nearly sent him to the canvas.

“Every fighter feels like they can continue, but it is what it is, it’s out of my control,” said Augustin. “I was more stunned than hurt, but he jumped on me and finished.” Mentioned Augustin in post-fight comments. Referee, Neal Young was forced to stop the fight 2:03 into round three, as Augustin tried to hold and move to regain his composure, though he was eventually caught with a flurry in the corner, which put him on the canvas. Arreola dominated the final round by landing 18 of 30 power punches. “I love fighting,” said Arreola. “We’re both were trying to beat each other up and I love it. I’m blessed to be a fighter.”

This event promoted Premier Boxing Champions on FOX Sports Pay-Per-View enamored boxing fan across the globe. I really enjoyed the night of matchups this fight card had for us to enjoy. Just as I thought upon hearing of this matchup, Spence was too much for Garcia and that proved to be the case on Saturday evening at AT&T Stadium. What were your thoughts on the first-ever PBC on FOX pay per view fight card? Let me know what your thoughts on any of the fight results from the fun night of boxing by commenting in the comment section of this article on www.whatsgoodinsports.com or @whatsgoodinsports on Twitter.