During a Q&A that brought talk of her love for Samuel Adams’ luxurious beer Utopia, the black arts movement influence of hip-hop and President Trump’s administration, Nikki Giovanni reflected on the Baldwin interview that led to the 1973 book “A Dialogue.” 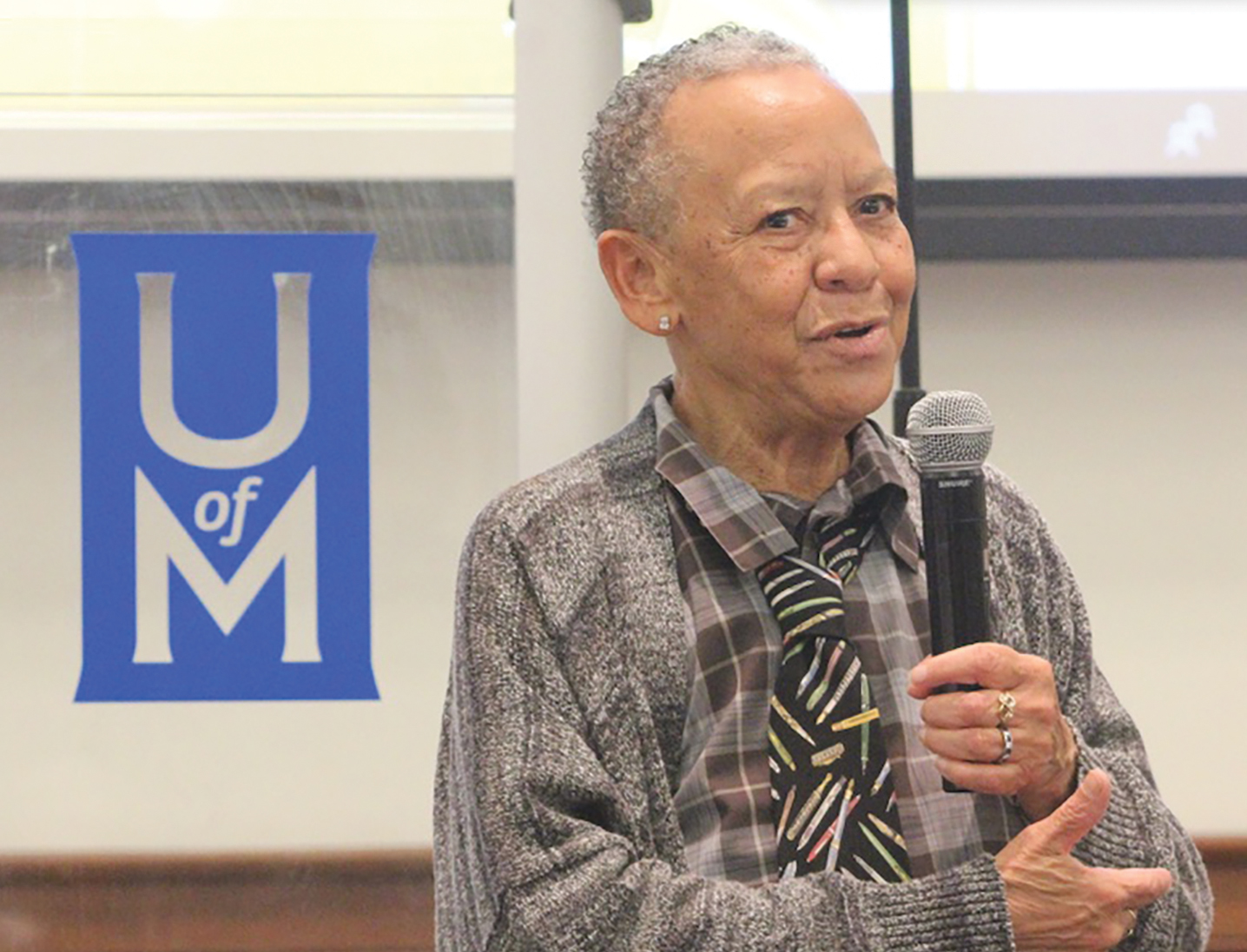 By Harlan McCarthy, Special to The New Tri-State Defender

After closing her recent keynote lecture during the 10th Annual Women’s Honor Conference at the University of Memphis University Center, iconic poet Nikki Giovanni fielded a question that provided a snippet of her philosophy about contradictions.

The backdrop for her take on contradictions was her 1971 interview with novelist, playwright and activist James Baldwin, whose novel, “If Beale Street Could Talk,” is the basis of the hit movie of the same name.

During a Q&A that brought talk of her love for Samuel Adams’ luxurious beer Utopia, the black arts movement influence of hip-hop and President Trump’s administration, Giovanni reflected on the Baldwin interview that led to the 1973 book “A Dialogue.”

“I haven’t looked at it,” she said of the now 38-year-old televised exchange with Baldwin. “I don’t go back because I don’t mind making a mistake… I might have contradicted myself… If you’re going to be an artist, you’re going to contradict yourself.”

The Annual Women’s Honor Conference is presented by Professional Assertive United Sisters of Excellence (P.A.U.S.E.) and several other campus organizations. P.A.U.S.E’s mission is to unite UofM women of all races, creeds and economic backgrounds while promoting academic and professional success through workshops and networking.

Then came Giovanni. With the room full of women, the best-selling author thanked P.A.U.S.E President Kennedie Toney before easing into a range of topics that included politics, health, race, gender and social culture.

An avid game-show fan, Giovanni made light of the “Family Feud” and later shared a “Jeopardy” tale that included her calling host Alex Trebek when her name wasn’t listed among those in a category she believed to be NAACP Image Awards. She’s a seven-time Image Awards winner.

“Alex, they ought to have known I should have at least been a wrong answer,” she recalled telling Trebek.

Giovanni said she once asked her English class students whether she should be a contestant on the show “Deal or No Deal.” A definitive “no” was the response, with the reasoning being that they didn’t want her to be made a fool, she said.
In response, Giovanni said she told her class, “As old I am, if the first time I make a fool of myself is on ‘Deal of No Deal,’ I lived a bless life.”

A cancer survivor, Giovanni made a segue into her mastectomy and the topic of embarrassment. She punctuated that element of her address with a reading of “Deal or No Deal English 4714 CRN 169-7.”

At one point, Giovanni weighed in on the social problems surrounding victims in Charlottesville, women’s lynching in the Appalachia, the historical importance of Viola Liuzzo, adoption and abortion.

A native of Tennessee and an alumnus of Fisk University, Giovanni also read her poem “Native Tennessean,” which speaks to her love for her home state.

Describing herself as a mother’s daughter, Giovanni talked about the difficulty of relating to her father, whom she said mistreated her mother. She told a story about moving back from New York to help her ill father and how she dealt with the mistreatment of her mother.

She then read “I Married My Mother,” a poem about the relationship she had with her mom.