Louisiana’s spring festival season stepped off Thursday, April 11th, with what has been called the largest free showcase of all things the state is known for, music, food and culture. The French Quarter Festival presented by Chevron, is the largest of its kind in the world. 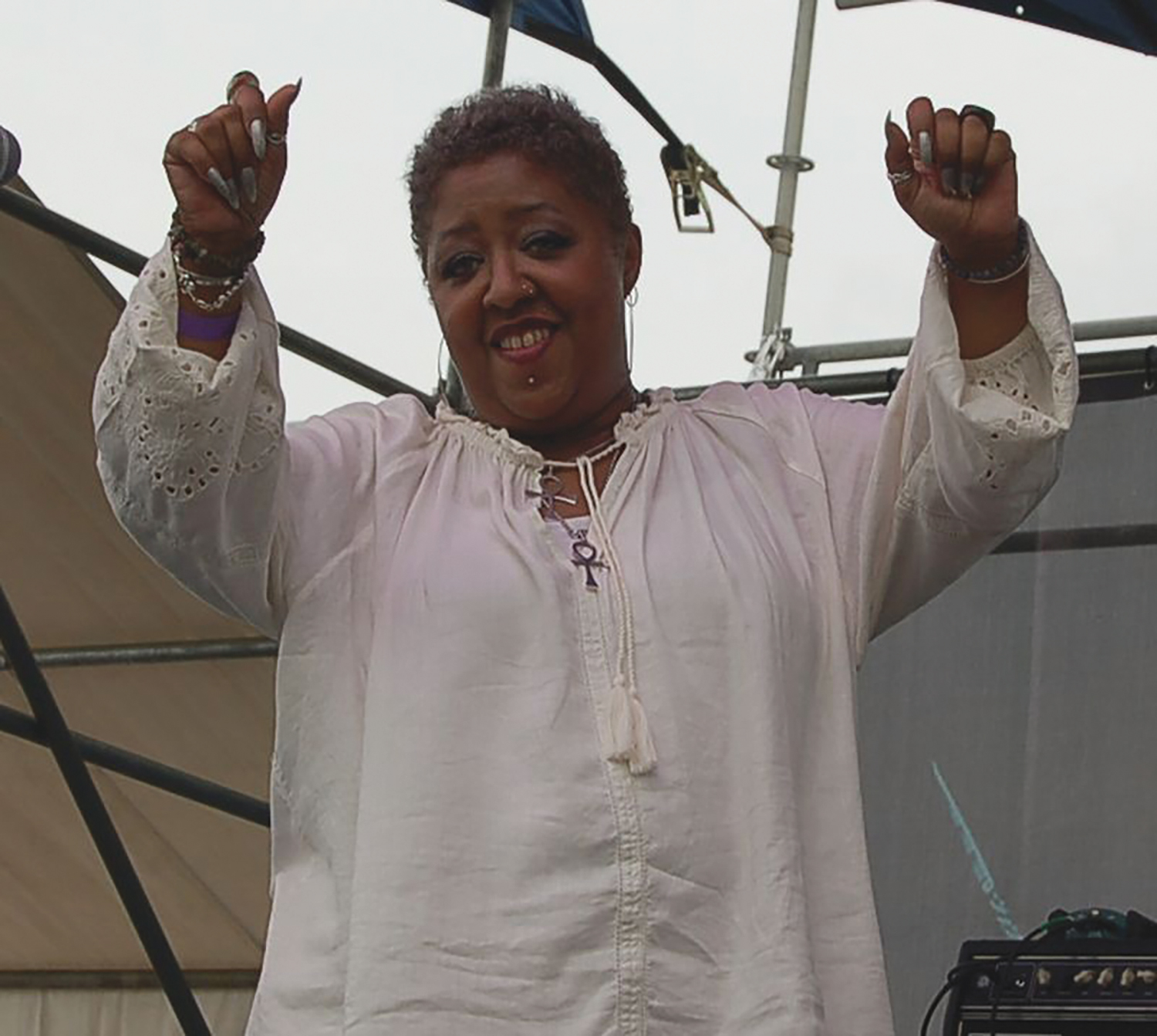 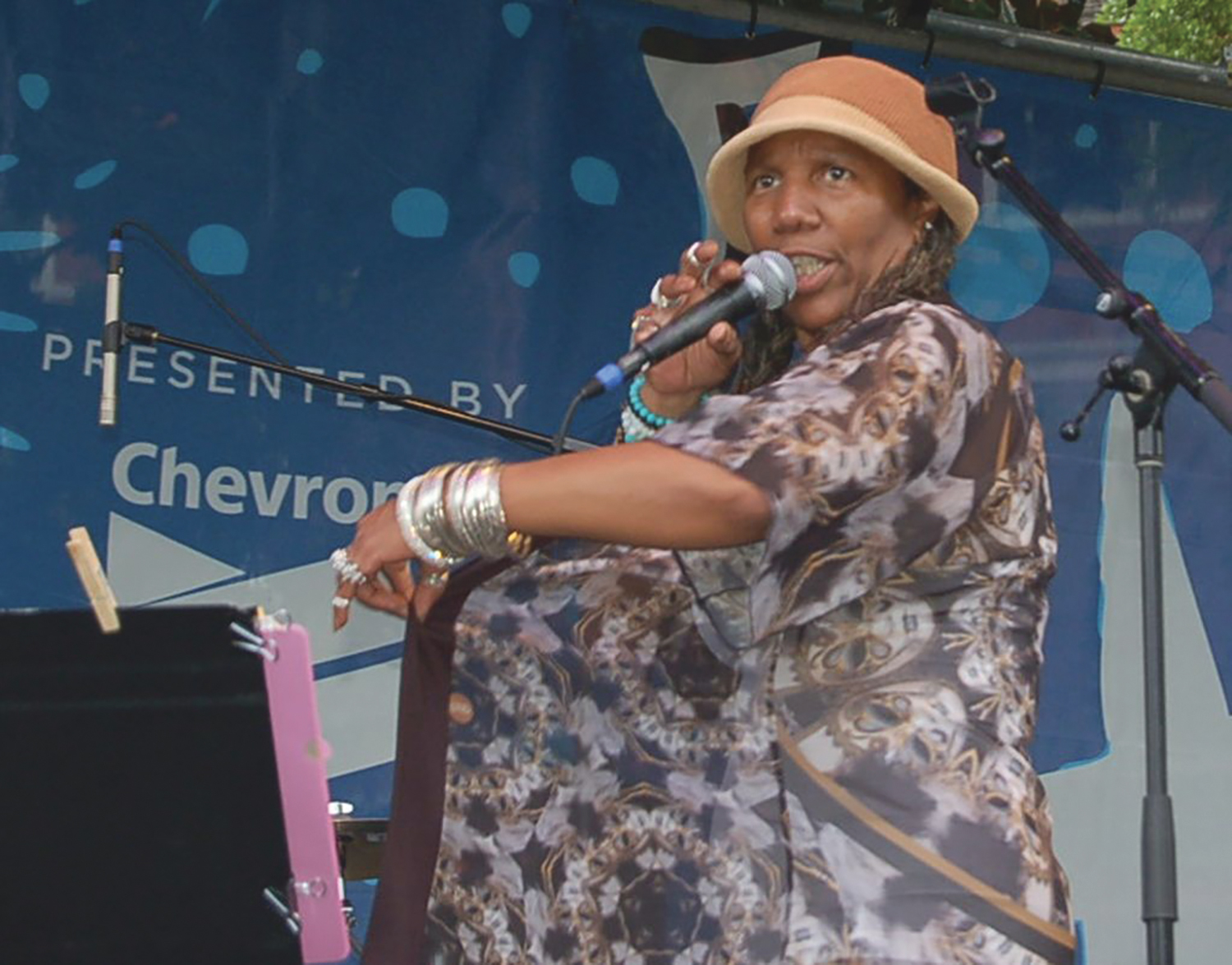 Louisiana’s spring festival season stepped off Thursday, April 11th, with what has been called the largest free showcase of all things the state is known for, music, food and culture. The French Quarter Festival presented by Chevron, is the largest of its kind in the world.

Thursday’s kick off consisted of a morning 2nd Line Parade led by the Kin Folk Brass Band, beginning on Bourbon Street and snaking throughout the French Quarters to the final destination, Jackson Square. The day also featured a performance by Ellis and Delfeayo Marsalis on the Hilton Stage.

The City of New Orleans is unique in that you have musicians whose family name is synonymous with music. Music has been in the family for decades and sometimes, over a hundred years.

It is also with great pleasure that visitors and I can continue to enjoy the musical legacies during our annual trek to the Crescent City. You can find many talented musicians performing at clubs, concerts, cultural events and festivals throughout the year.

I’m fortunate to witness musical legends as well as up and coming stars on the rise at the 36th Annual French Quarter Festival presented by Chevron.

Thursday, April 11th, the opening day of the festival featured the amazing piano wizardry of Ellis Marsalis on the Hilton Stage in Jackson Square. The crowd and I were for a pleasant surprise at the sight of trombonist Delfeayo Marsalis also on stage for a magical afternoon of jazz.

Friday, April 12th, John Boutte got the show underway on the Hilton Stage in Jackson Square. This is another popular singer/songwriter from a musical family. John Boutte immediately established rapport with the crowd with some humorous banter in between songs and through his lyrics.

Lena Prima is the daughter of internationally known vocalist Louie Prima. If you are young at heart, I’m sure that you recall many of his songs while growing up, and you can hear various versions/arrangements of his tunes on the radio. Lena Prima was accompanied by a tight band on the Jack Daniel’s Stage for a swinging set of original tunes as well tunes by her famous dad. The crowd and I were all smiles throughout her set, that featured a lot of audience participation on some tunes. Their set list consisted of “I Wanna Be Like You,” “Pennies from Heaven,” “Got You Under My skin,” “Night Train,” “Felicia No Capicia,” “Come on a My House,” “Josephine, Please Don’t Lean on the Bell,” “Pensate Amore,” “Scuba Diver,” “Just a Gigolo/I Ain’t Got Nobody,” and concluded their set with “When You’re Smiling.” See, I caught you smiling, just reading this set list.

Singer/songwriter Tricia Boutte made a return visit to New Orleans to perform once again at the French Quarter Festival presented by Chevron. She currently lives in Norway. It was a family reunion, class reunion and a wonderful afternoon listening to Tricia Boutte and Nordic Swing on the GE Stage. Nordic Swing is her back-up band from Norway, they were superb throughout her set. I was only able to catch the last two songs of her set “Shake That Thang,” and “I’ll Be Seeing You.”

The Zion Harmonizers are celebrating their 80th Anniversary, founded/started in 1939. This was reason enough to celebrate and Praise the Lord on this beautiful, windy, Saturday afternoon. Nothing says Renewal like the powerful, encouraging, hopeful and uplifting sounds of Gospel music. Regardless of one’s religious upbringing, the crowd couldn’t help being moved by the Spirit on the tunes “Do You Love the Lord,” “Where Could I Go, but to the Lord,” “Tell Me, How Did You Feel,” “People Get Ready,” and “I Want to be At the Meeting,” to name a few.

Charmaine Neville closed out the evening on the Hilton Stage with a dynamic, crowd pleasing set of jazz, blues, R&B tunes.

The trifecta was completed Sunday afternoon upon seeing Jason Marsalis and the 21st Century Trad Band thrill the crowd with some amazing Traditional Jazz on the Pan-American Insurance Group Stage located on Moonwalk Extension.

There are many talented women vocalists in New Orleans. There were so many on the line-up that it made it hard to see most of them. Thais Clark & Her JAZZsters held it down on the French Market Trad Jazz Stage outside of the French Market. The highlight of her set came when she gave a life lesson to all the women in the audience on the tune “Wild Women Don’t Get the Blues.”

Wanda Rouzan and a Taste of New Orleans put on a captivating show in front of a large crowd of family, friends and fans on the Tropical Isle Hand Grenade Stage. Their high octane set featured the tunes “Treme Song,” “Take Me As I Am,” “Bourbon Street Parade” with Second line dancer Andrew LeDuff. Their set continued with “Shake a Hand,” “Something You Got/I Know,” “OO PO PA DO,” “Wobble,” “Iko,” “You Can Have My Husband, Don’t Mess with My Man,” and concluded her set with “Wonderful World.

Erica Falls followed afterwards on the same. My festival experience concluded with The Dixie Cups as they took the crowd and I down memory lane on the Abita Beer Stage.

The weather contributed to another huge turnout of locals, national and international entourage of tourist. The French Quarter Festival presented by Chevron adds a tremendous, positive impact to the local economy.