In 2009, LaHaven Criner badly needed some extra cash. The Sacramento radio personality and insurance agent, who is 39 now, said his wife was a full-time student at the time and he was the only bread winner. Plus, he made some bad financial decisions before that, trying to live above his means. His credit rating would not have scored him a traditional low-interest bank, credit union or credit card loan.

Can A Bill With Very Little Teeth Stop the Loan Sharks Profiting on High-Interest Car, Payday and Other Personal Loans? 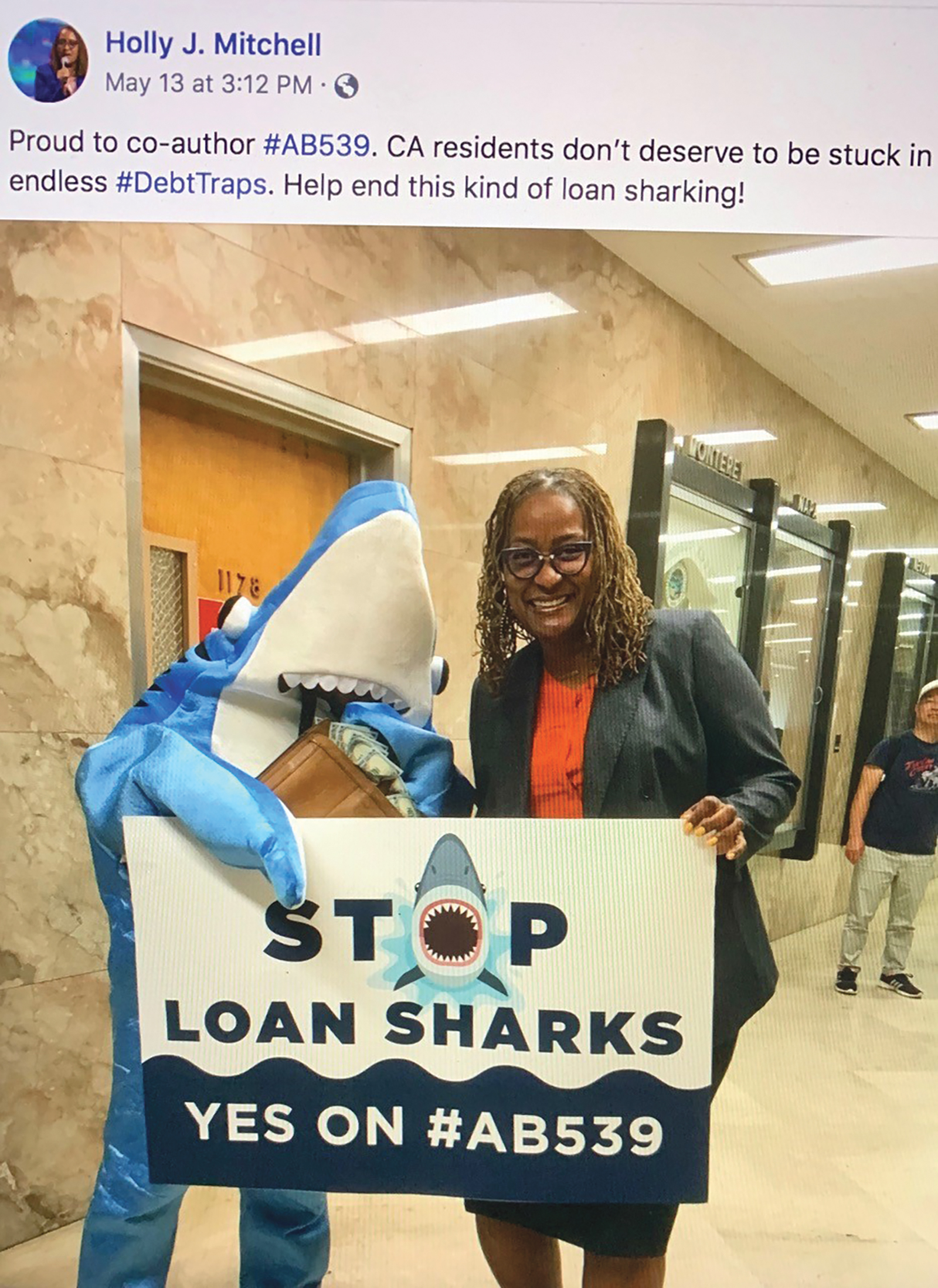 The Sacramento radio personality and insurance agent, who is 39 now, said his wife was a full-time student at the time and he was the only bread winner. Plus, he made some bad financial decisions before that, trying to live above his means. His credit rating would not have scored him a traditional low-interest bank, credit union or credit card loan.

“I ended up taking out six $250 payday loans from Check Go Loans and California Check Cashing – one after the other to pay off the last one – – and each one of them had really high interest rates and built-in fees and penalties,” he said.

Luckily, he said, he came across Cash Net Loans USA. That company consolidated all six debts into a single $3,000 loan that covered all the principals he owed plus the fees they had accrued.

Although he shelled out more than 100 percent in interest and fees, Criner says he is still happy Cash Net came through for him when he was in a terrible bind.

He hopes, though, that he never finds himself in an emergency again that forces him to borrow cash at such high interest rates.

Some lawmakers in Sacramento want to protect Californians like Criner by limiting how much lenders can charge in interest.

Also known as the California Financing Law, the bill would cap the interest on consumer loans ranging from $2,500 – $10,000 to 36 percent plus the federal funds rate.

Two weeks ago, the Assembly passed AB 539 with a 60-4 margin. Sixteen members did not vote. It has now moved to the state Senate for debate and is scheduled to be heard Wednesday, June 26.

“This piece of legislation is about tackling one of the hardest issues this state has had to tackle,” said Assemblymember Monique Limon (D-Santa Barbara) at a rally in support of the bill at the Capitol last week. She stood with a group of interfaith leaders and other supporters of the legislation, including Californians who had been burnt by predatory loans.

Limon says the bill would not end poverty in the state but it would send strong message to lenders. She says one in every three people who borrows high interest loans defaults on them.

“They are targeting poor people. People who are working paycheck to paycheck – more month than there is money,” said the Reverend Shane Scott, pastor of Macedonia Baptist Church in Watts and a supporter of AB 539. “Its like getting on a ship with pre-drilled holes in it.”

Although a sweeping majority of legislators voted for the bill, there are many outside of the Capitol opposing it.

Critics say the bill would only place restrictions on interest rates tagged to the principal of the loan, leaving borrowers open to charging for other add-on products like insurance or hidden fees.

Each year about 10 million borrowers in the United States take loans ranging from $100 to $10,000 from sub-prime loan or “consumer loan” companies. They end up paying back a total of about $10 billion, according to Pew Charitable Trusts, a non-profit dedicated to improving public policy. The same report reveals that the five largest lenders reported earning $450 million in one year just from insurance, fees and other products associated with money borrowed – not counting the principals.

Alice Huffman, president of the California-Hawaii NAACP, said the legislation could hurt African Americans in particular because many Blacks who borrow money in emergencies are struggling financially.

“The rate cap proposed by AB 539 would simply push responsible, licensed companies out of the market, and would leave millions of people without the loan options they need and deserve,” said Huffman in an Our Weekly editorial.

California has the highest poverty rate in the United States at about 19 percent. That number accounts for about 7.5 million people. When the high cost of living in the state is factored in, that number more than doubles to about 20 percent, which is nearly half of the state’s 39-million-plus population, according to the U.S. Census Bureau.

More than half of Black Californians live in census tracts of the state with the highest poverty levels.

“Californians deserve real access to capital, not exploitative loans that trap them in perpetual payments and compounding debt,” said Grayson, one of the co-authors of the bill. “We must do more to protect financially vulnerable, hardworking families from predatory lenders who profit off their devastation.”

In California, licensed lenders approve about 350,000 high interest loans every year. About a third of them have interest rates that exceed 100 percent, according to the California Department of Business Oversight.

Roger Salazar, a spokesperson for a coalition of loan companies operating in the state says a last-minute deal the bill sponsors cut with lenders that specialize in insurance and other ancillary products would favor some finance companies while locking out others.

“Not only does AB 539 cut off access to credit for millions of non-prime Californians,” he said. “It does so by attempting to create a monopoly for three legislatively favored companies that engage in deceptive, predatory practices. If we want to be serious about protecting consumers, then we must protect access to safe, transparent loans for all Californians.”

In California, the back-and-forth about predatory loans echoes a long-running national conversation about consumer financial protection that has been one of the hallmark issues of presidential candidate and U.S. Sen. Elizabeth Warren (D-Mass.), for example, and championed by others like Pres. Barack Obama. The debates generally wrestle with finding a balance between fair business profits and providing a sliding scale of access to loans and some legal cover for borrowers. Those conversations, mostly focused on the tug between government controls and the guarantees of the free market, always expose one thing: the need for more financial literacy, especially for the most vulnerable Americans.