The Golden State Warriors played their final game at Oracle Arena having lost in the NBA Finals to the Toronto Raptors last week. Even though the season for the  Warriors ended on a sober note with their unexpected injuries, they will have a brand new home to rehab and reconstruct their team into championship form. As the new Chase Center will be wrapping up construction a month or so prior to the Golden State Warriors 2019/ 2020 season.

Chase Center – The New Home of the Golden State Warriors 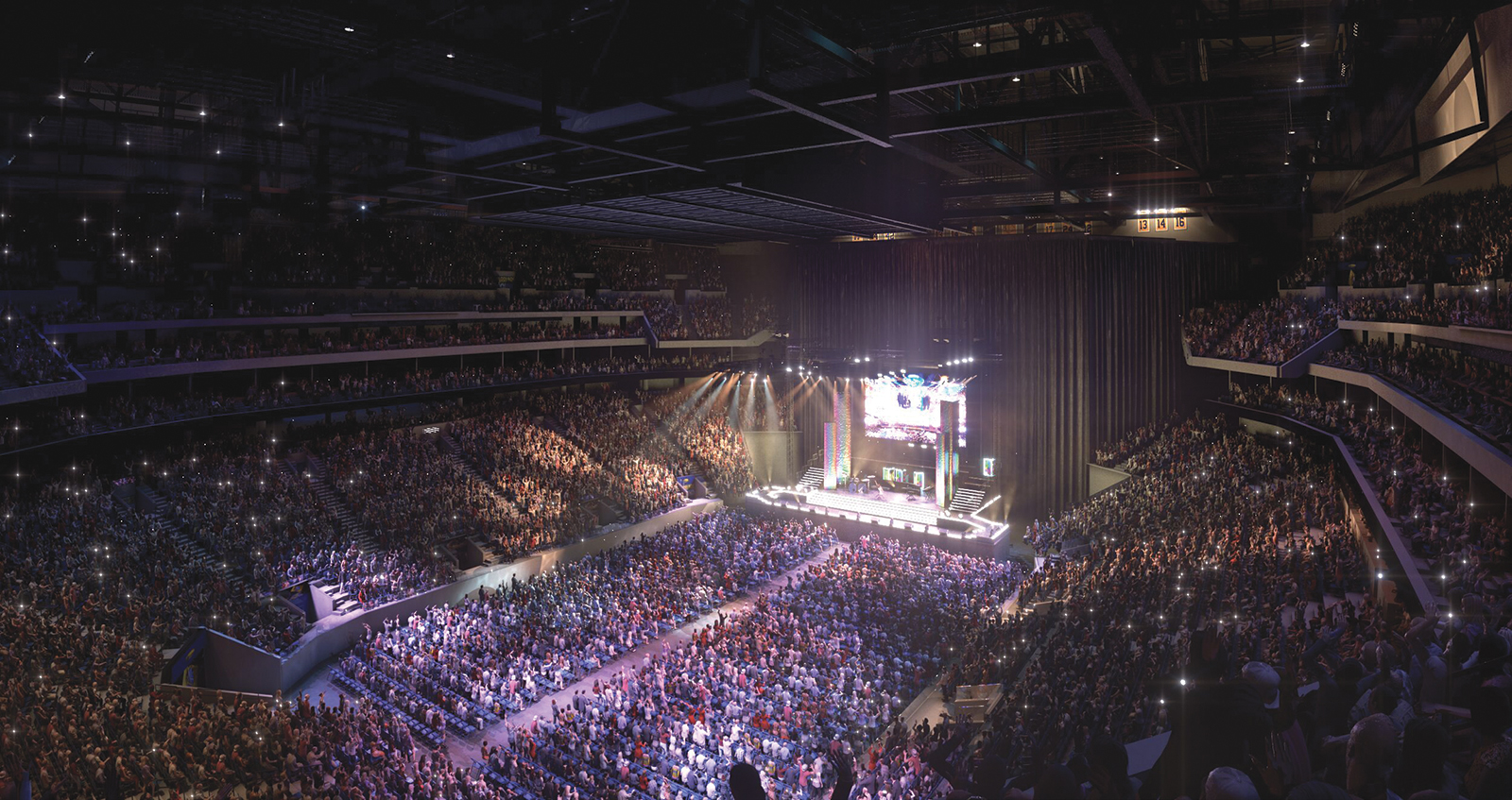 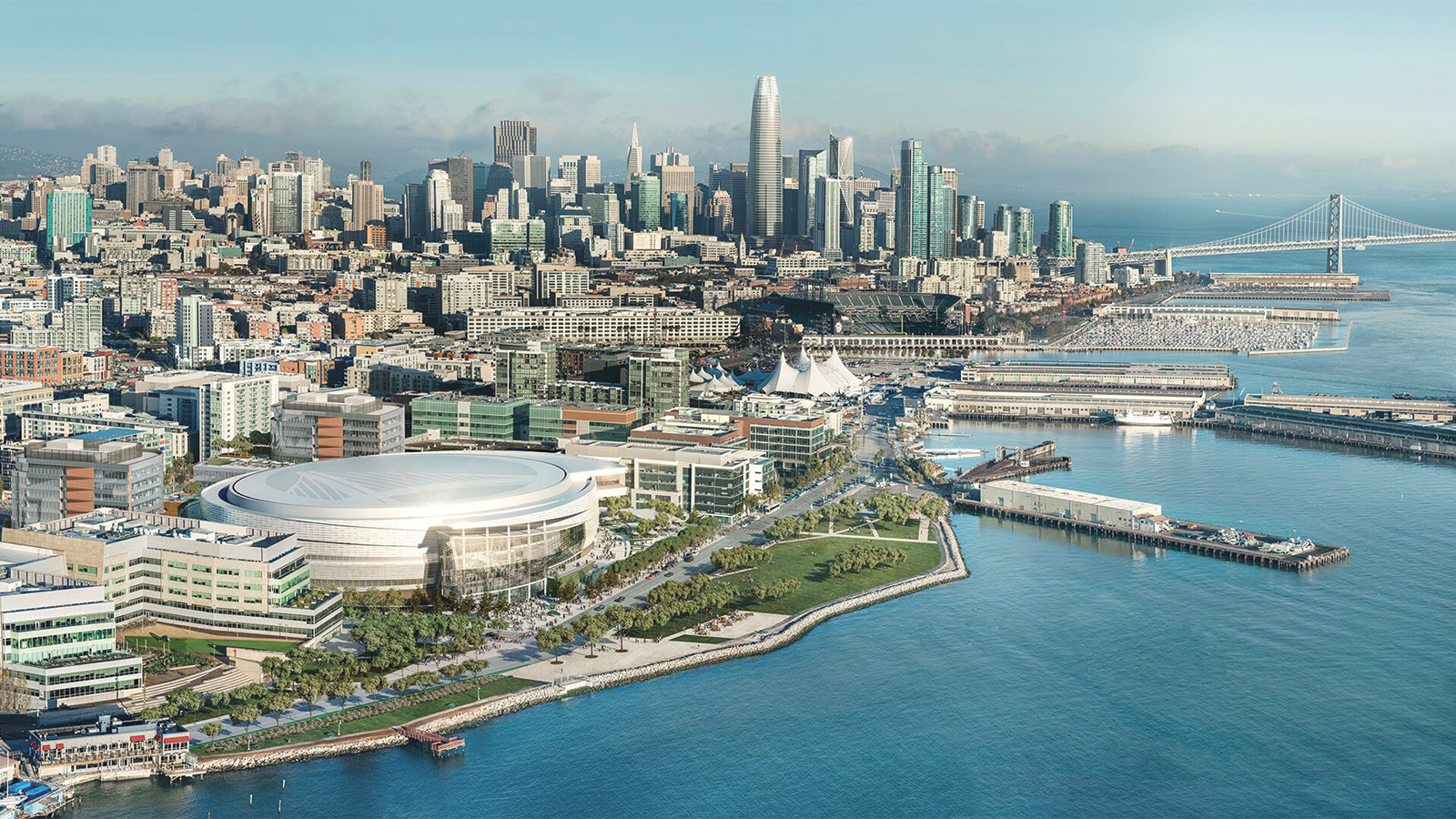 The Golden State Warriors played their final game at Oracle Arena having lost in the NBA Finals to the Toronto Raptors last week. Even though the season for the  Warriors ended on a sober note with their unexpected injuries, they will have a brand new home to rehab and reconstruct their team into championship form. As the new Chase Center will be wrapping up construction a month or so prior to the Golden State Warriors 2019/ 2020 season.

The Warriors are privately financing the new Chase Center and quickly named MANICA as lead architect. Kendall Heaton serves as the architect of record and Gensler as the interior architect. As the centerpiece of this sports and entertainment district, it is expected that Chase Center will generate more than $29 million which will be repurposed for infrastructure improvements and expanded transit service for the neighborhood, at the outset of the project. Additionally, it’s expected to generate more than $14 million each year in new tax revenues to San Francisco.

This 18,064 seat arena will feature two office buildings of 580,000 sq. ft. and 11 floors. The fans and visitors will have access to 3.2 acres of public plazas and set to include a brand-new, 5.5-acre public park on the waterfront, across from the arena. Along with a couple dozen specialized retail stores littered throughout this new destination location.

Located in what will be soon known as ”Thrive City,” Chase Center will play host to just about 200 events a year. Metalica and the San Francisco Symphony will be the first to perform at this new entertainment center. Other events will include cultural events, family shows, convention activities all centered around around Golden State Warriors basketball of course.

Chase Center is also expected to be a transit hub, with a Muni Metro stop right at its doorstep, easy connections to BART and Caltrain stations within walking distance. I am told fans and visitors will have easy commute from downtown and eastern neighborhoods. New bicycle paths, along with 300 permanent bike valet spaces, will make Chase Center one of the most bike-friendly venues in the nation. With under 1000 available on site parking spots, people will be encourage to take mass transportation to the venue.

Unlike any current structure in professional sports, Chase Center will launch the Chase Center Membership program. Fans will be fully refunded the amount of their membership cost after a 30 year membership term. Memberships allow fans to purchase Golden State Warriors season tickets in Chase Center, plus receive additional benefits.

Chase Center will feature one ring of suites, 44 in total, which will bring the upper bowl closer to the action. Chase Center will also feature 32 courtside lounges and 60 theater boxes, with the theater boxes sitting on top of the ring of suites on the sidelines of the arena. Chase Center will also be anchored by two large lobbies accessible to all levels of tickets with wide, spacious concourses throughout the venue. Ticketed fans will have access to the Sky Bar, a restaurant and bar with views into the bowl located at the North end of the upper level.

A unique bridge will connect the upper concourses providing fans with a view to the game directly from the walkway. Additionally, Chase Center will feature an optimized lower bowl seating capacity to bring as many fans as close to the game action as possible. This facility will also have a center gantry rigging system providing convenient retractable scoreboard and arena speaker arrays.

With yet more restaurants and bars to be announced, the list participates is growing, though below is a list of the restaurants which are schedules to be place on opening night;

The Warriors first preseason game will be held at Chase Center on Saturday, October 5, 2019 against the Los Angeles Lakers. Metallica and the Symphony will re-unite together with a special appearance by the San Francisco Symphony as the inaugural event at Chase Center on Friday, September 6, 2019, celebrating the 20th anniversary of their Grammy Award-Winning “Symphony and Metallica” (S&M) album. Listed below is event Chase Center has recently announced;

I was pleased to be invited to walk through the LEED Gold Certified Chase Center. It was promoted that they were over 85% complete on the project schedule, however my construction experience tells me they were closer to 75% complete and they would have crew working around the clock to meet their required background. Enjoy the attached video which allows you to gauge the progress as of June 6. Please let me know you thoughts on Chase Center by reaching out to me @whatsgoodnsport on Twitter or by commenting in the comment sections of this article on www.whatsgoodinsports.com.