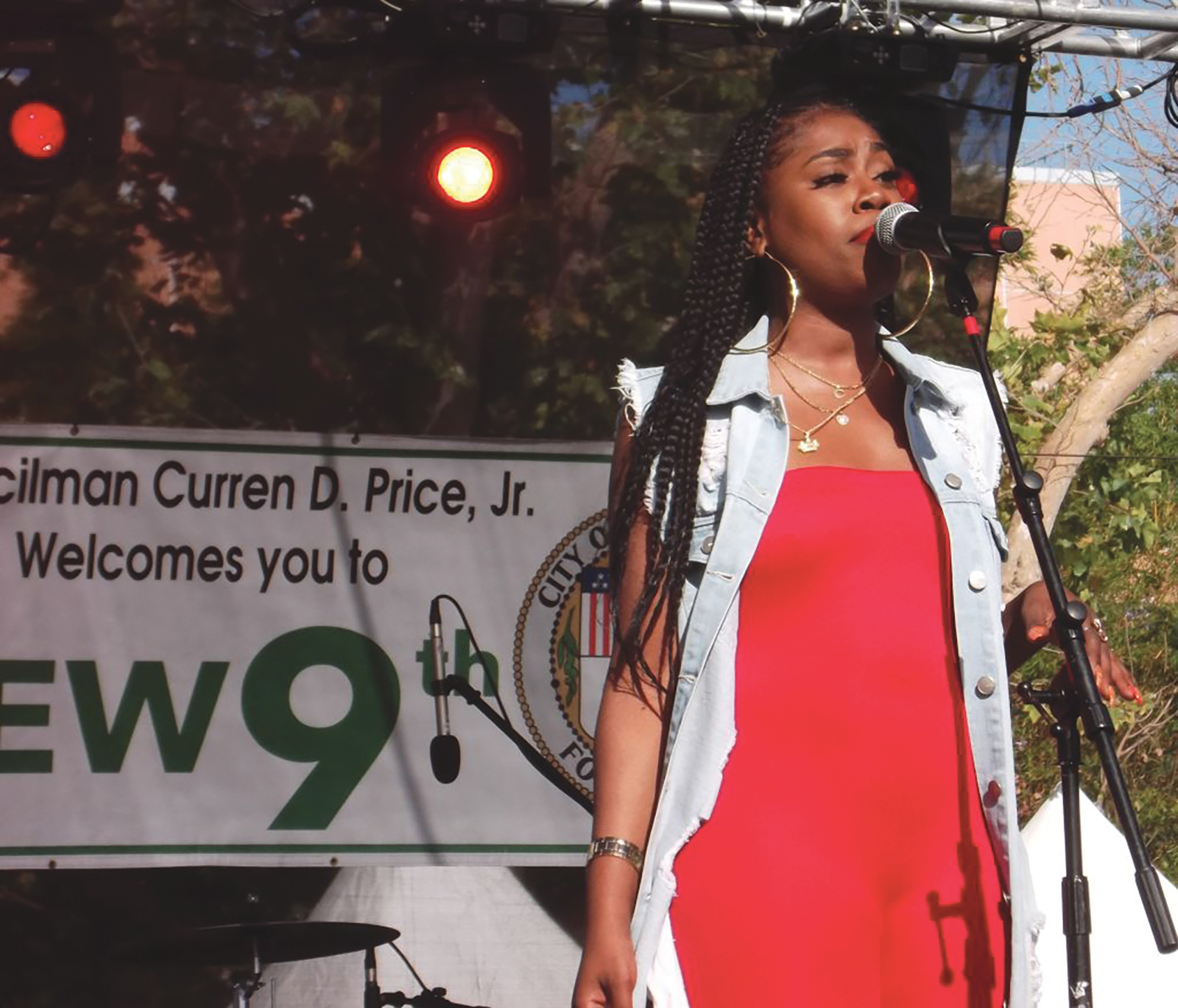 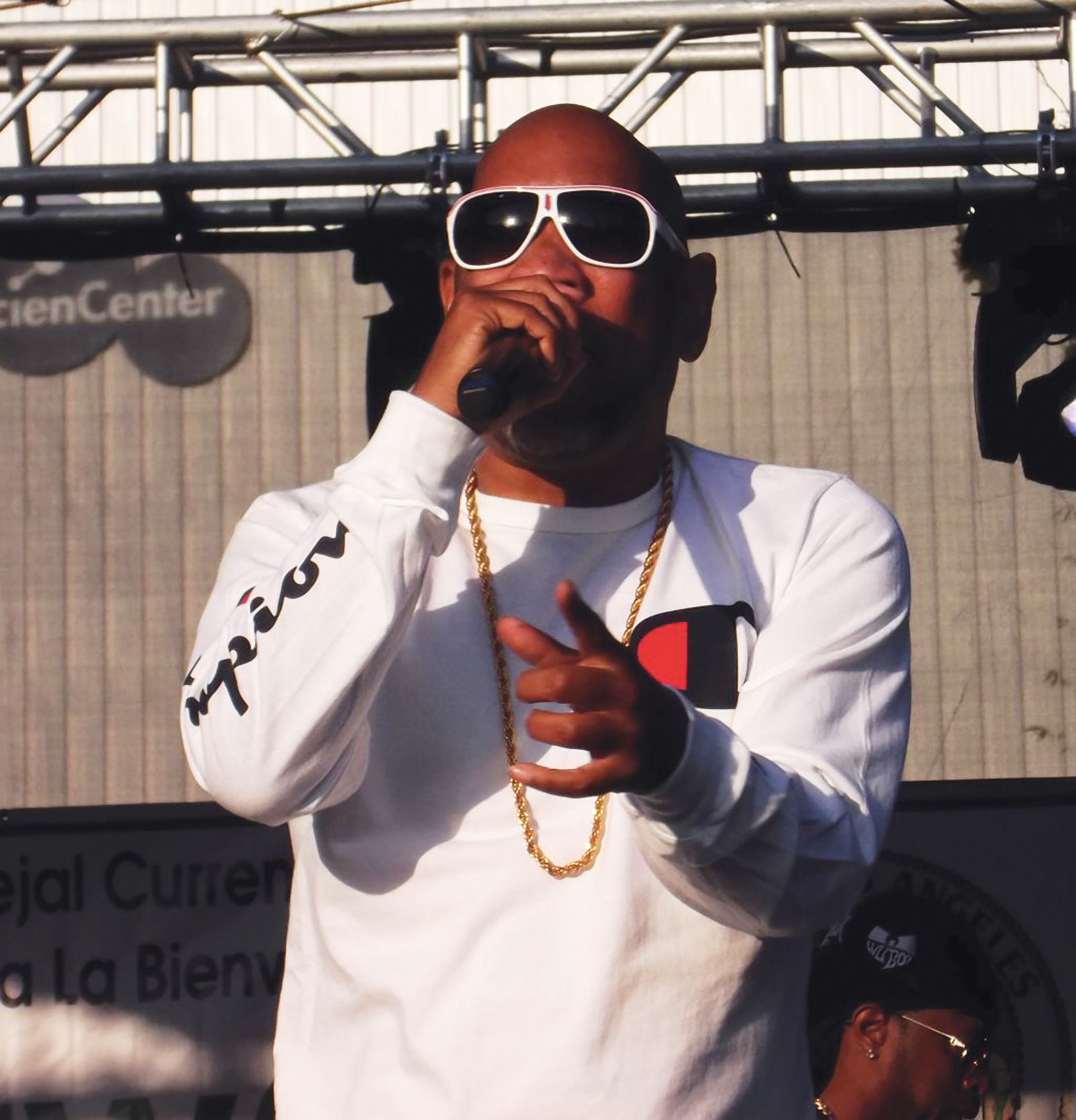 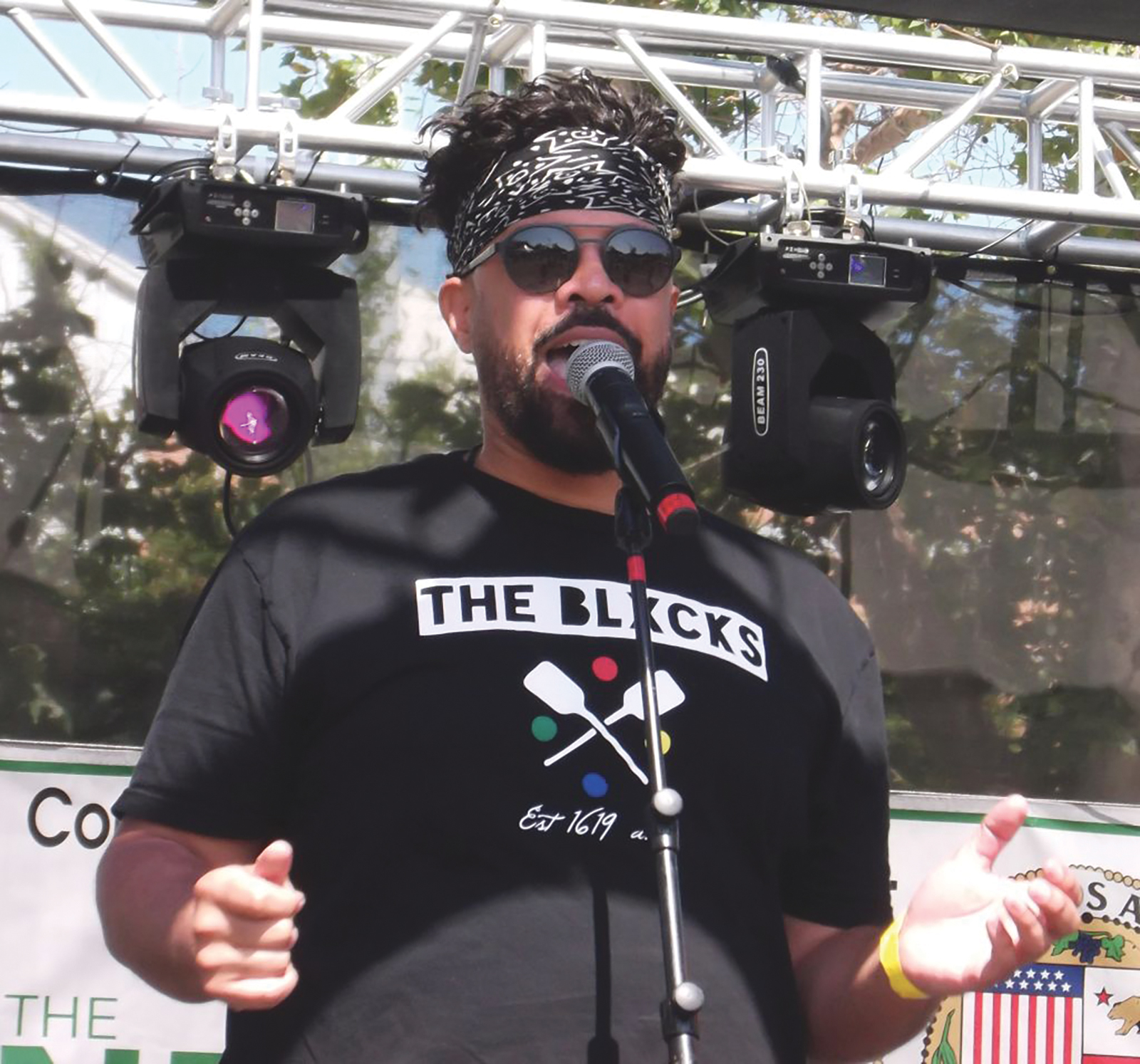 A colorful display of chairs, blankets, towels, and canopies were spread out on the South lawn for this picnic-style event that got underway at 11:00am.

Everyone in attendance were engaged in one way or another. People participated in face painting, a rock-climbing wall and inflatable jumpers. There were tons of swag give always- caps, t-shirts, product samples and free tickets for a celebrity basketball game at Pauley Pavilion on the campus of UCLA.

Councilmember Price partnered with 93.5 KDAY (90’s HIP HOP) for an awe afternoon of entertainment. Mezmerise and DJ Q served as Master of Ceremonies for the program.

Madame Dee “Lady of Soul” from Las Vegas, got the live portion of the show under way. Madame Dee soulful vocal stylings was on full display as she covered several classic tunes “Be Thankful for What You got,” “Sweet Thang” by Chaka Khan, “I Got You” (I Feel Good) by James Brown, I’d Rather Go Blind” by Etta James, and concluded her set with another tune by James Brown, “It’s a Man’s Man World.”

Kimba Light is a band based in San Diego that was formed three years ago. They bring their unique sounds and diversity to fit a variety of entertainment venues. The band consist of Yorly Quintero-keyboards/vocals. Ernesto Marin-bass, Rene Campos-trombone, Daniel Feldman-congas/percussions, Michael Alesalp-drums, and Fernando Garcia-vocals and occasional bass. Kimba Light is the hottest Afro-Cuban band in San Diego well versed/school in salsa, timba, merengue, bachata, reggaeton, cha cha cha with a funky twist. Kimba Light added some percolating Latin rhythms to the celebration on the tunes “Corazon Espinado,” No Le Pegue a la Negra,” “Mia,” Vente Pa Ca,” and “24K.”

Mellow Man Ace is a Hispanic rapper from Cuba, known for bilingual delivery and novelty rhymes. He performed a remixed version of “Lowrider,” and “Funkin’ for Jamaica,” as well as one of his classic hits “Mentirosa.” Mellow Man schooled young members of the crowd with some old school dance moves from back in the day. The message being this is how we do it.

Russel Taylor is a singer/songwriter. He was featured on VH1 as part of the “You Oughta Know” series in 2013. He won the title in December. Russel Taylor entertained the crow with the following tunes “My Foolish Heart,” “Proud,” “Dance With Somebody,” and “War of Hearts.”

93.5 KDAY Radio Host Romeo and Mass Appeal fired up the proceedings with a high-octane set of cover tunes to the delight of the captivated crowd.

The crowd and I were vibing along with Candice Boyd throughout her set. Candice Boyd is a singer/songwriter who rose to fame after competing on the first season of The Four: Battle for Stardom. Candice Boyd thrilled the audience while performing the tunes “Damn Good Time,” “I’m Goin’ Down,” and “Off My Chest,” to name a few.

Selenamos is one of the most popular Selena Quintanilla tribute bands in Los Angeles. People gathered near the stage to witness Selenamos performance as they did justice to Selena’s legacy on the tunes “Coma La Flor,” “Bidi Bidi Bom Bom,” “Baila Esta Cumbia,” “Fotos Y Recuerdos,” and “Dreaming of You.” Selenamos turbo charged their set during the Disco Medley- “I Will Survive,” “Last Dance,” and “Funky Town.” They concluded their set with “Stir it Up” by Bob Marley.

West Coast Hip Hop pioneer Rodney O set was lit! This was a perfect segue leading up to the 20-minute spectacular fireworks show to conclude the 4th of July celebration in Exposition Park. Rodney O and Joe Cooley performed “Cooley High,” “U Don’t Hear Me Tho,” “Humps for the Boulevard,” “Nobody Disses Me,” to name a few.