Last week in downtown Los Angeles, ESPN has once again wrangled up many of the greatest athletes and entertainers from around the world for their ceremonial event. As this award show continues to grow, year after year, sports fan from all backgrounds have a chance to see the who’s who of sports and entertainment show up to this event and engage with athletes and stars who’ve they admired from afar. 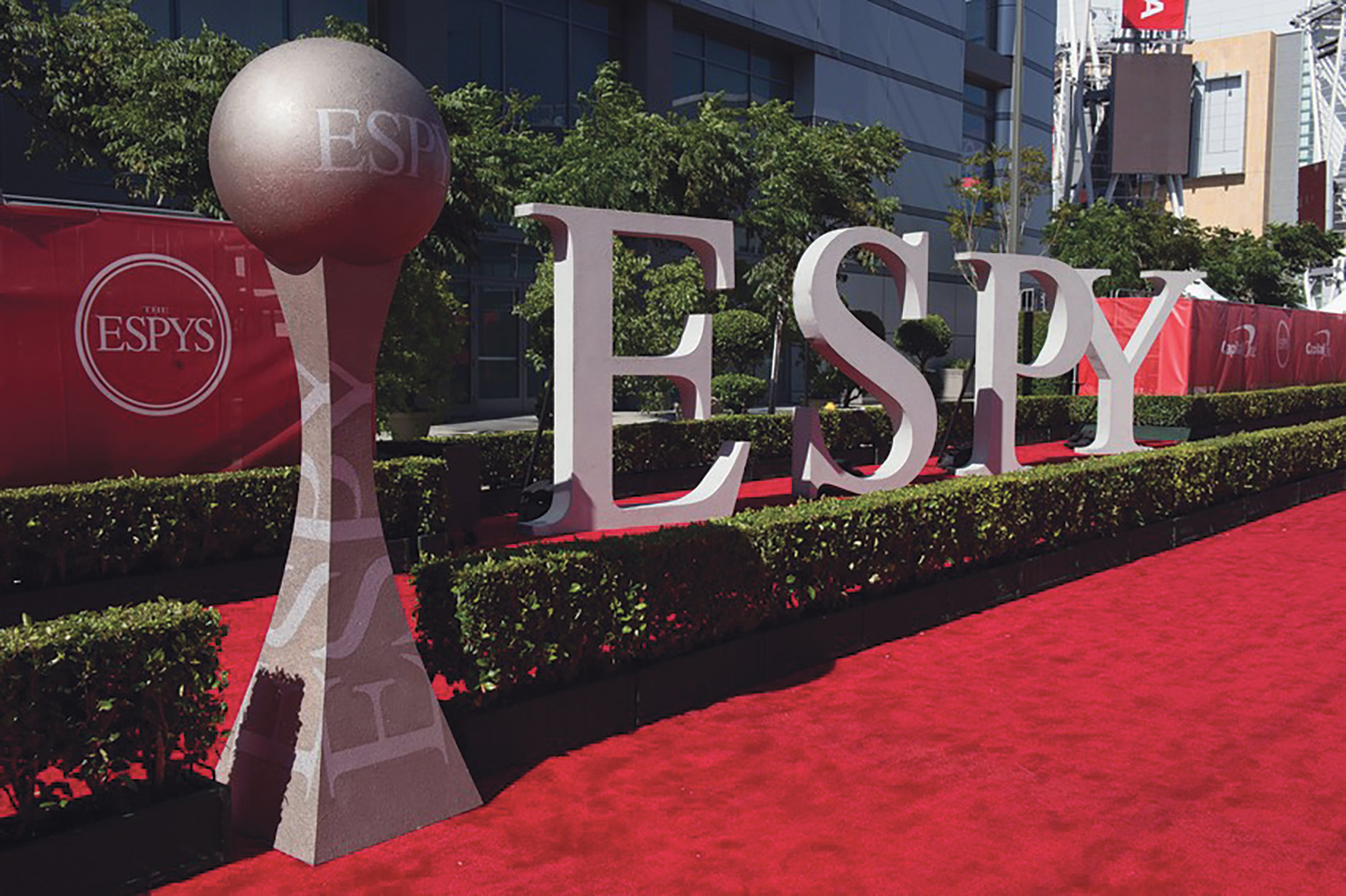 Last week in downtown Los Angeles, ESPN has once again wrangled up many of the greatest athletes and entertainers from around the world for their ceremonial event. As this award show continues to grow, year after year, sports fan from all backgrounds have a chance to see the who’s who of sports and entertainment show up to this event and engage with athletes and stars who’ve they admired from afar.

This year’s ESPY Awards, which were Presented by Capital One were no different. Broadcasted live on ABC, from Microsoft Theater, The ESPY Awards were created to support ESPN’s ongoing commitment to the V Foundation for Cancer Research, initiated by ESPN with the late Jim Valvano in 1993. The ESPY’s also commemorate the past years in sports as well as recognizing major sports achievements all the while saluting the leading performers and performances in the sports world.

Currently starring in the critically acclaimed television shows The Last O.G., actor and comedian Tracy Morgan hosted the 2019 ESPYS this past week. Morgan was joined by many of the top celebrities from sports and entertainment around the world to present many of the awards. Having previously starred on Saturday Night Live for seven seasons, Morgan has become one of the most notable and respected comedy actors of our time. He actually received an Emmy Nomination for his work on 30 Rock and is a nine-time NAACP Image Award nominee.

After attending this event last year, the Los Angeles News Observer was asked to attend and cover the 2019 ESPN ESPY Awards for a second consecutive year. It was a thrill for me to attend the Red-Carpet event to meet and briefly interview some of the 2019 ESPY award winners, presenters, and athletes in attendance. Visit the the links below to view the multiple interviews I conducted last week;

A few of the big winners of the evening was the presentation of the Jimmy V Perseverance Award being awarded to High School Football Coach Rob Mendez, having been born with tetra-amelia syndrome, a rare disorder that caused him to be born without arms or legs. In addition to former Marine Kirstie Ennis, whose leg was amputated after an injury in Afghanistan, was presented the Pat Tillman Award for her service. Lastly, the US Women’s National Soccer Team was awarded the Team of the Year after winning their second consecutive FIFA Women’s World Cup just days before the ESPY Awards.

ESPN should be commended for this initiative and their continued support of the V Foundation and Cancer research, in addition to their efforts to relive the most memorable moments from the previous years in sports. As a sports fan, this is perfect scheduling for this event, as there aren’t any games scheduled on this day in any of the major sports leagues. The NFL, NBA along with the NHL is currently in offseason while the MLB has just completed their mid-season All-Star Game classic.

As a Sports Writer, I enjoy meeting some of the athletes I’ve only seen from a distance as well as interacting with some of the most inspirational people that walk the earth, such as Female Marathoner Bilateral Amputee Jamie Maseilles and New Zealand professional player RJ Hampton. Click on the respective links above to hear their stories from them specifically.

Feel free to share your thoughts on the ESPN ESPY Awards or the interviews I conducted by commenting in the comment section of this article on www.whatsgoodinsports.com or follow me on Twitter at “Voice of the Fans” for immediate engagement. Additionally, subscribe to our weekly “Voice of the Fans” Podcast which is available for you on Apple and Google Podcasts including Spotify, TunedIn, and iHeart Radio. We appreciate you for making our voice your choice!