The Los Angeles Rams teamed with the Arsenal Football Club at Champions Field in Inglewood to put on a combined soccer football clinic for some 250 young people ages 8-15. They participated in drills, cheers, and other aspects of leaderships.

The Rams and Arsenal Football Club Team up 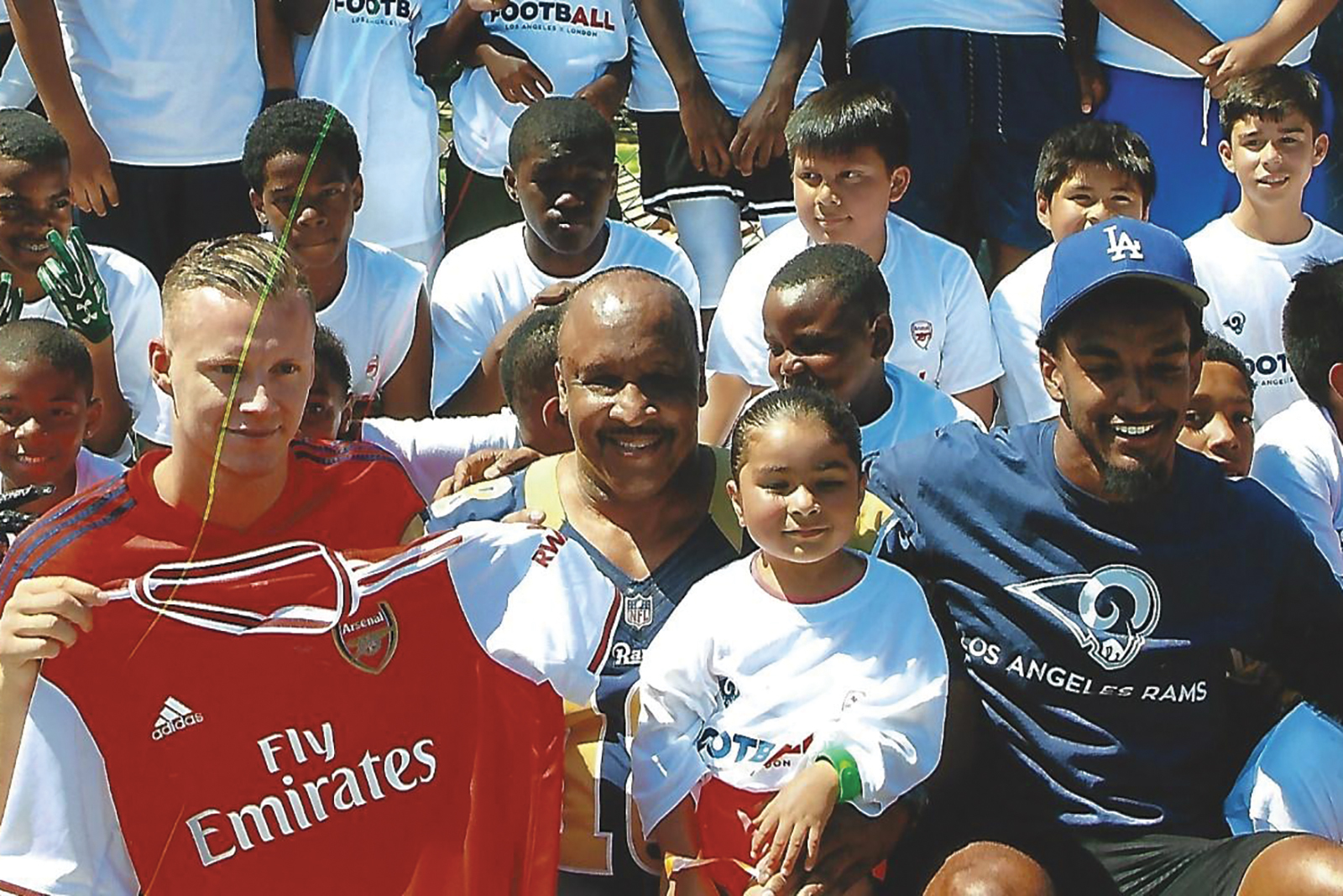 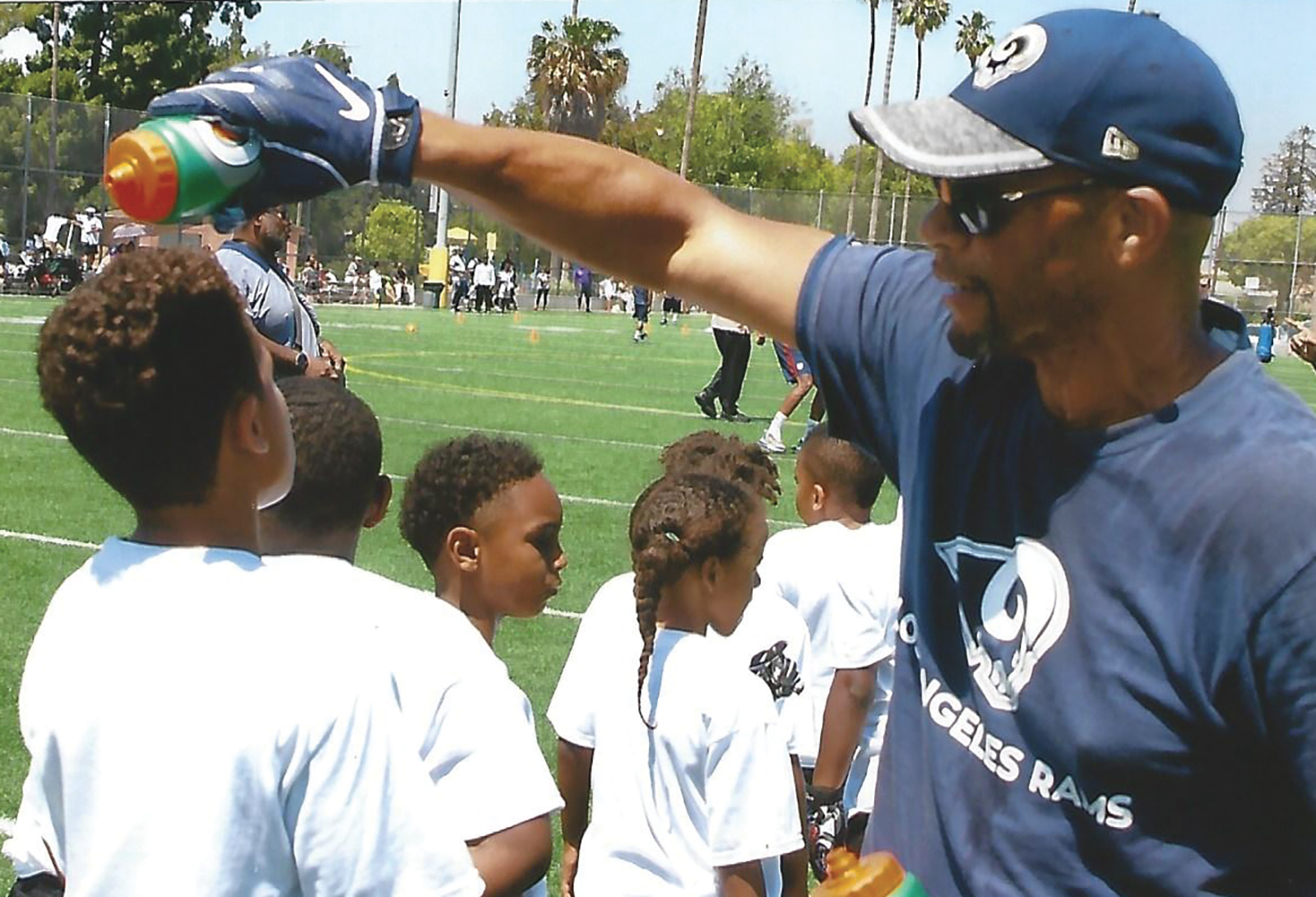 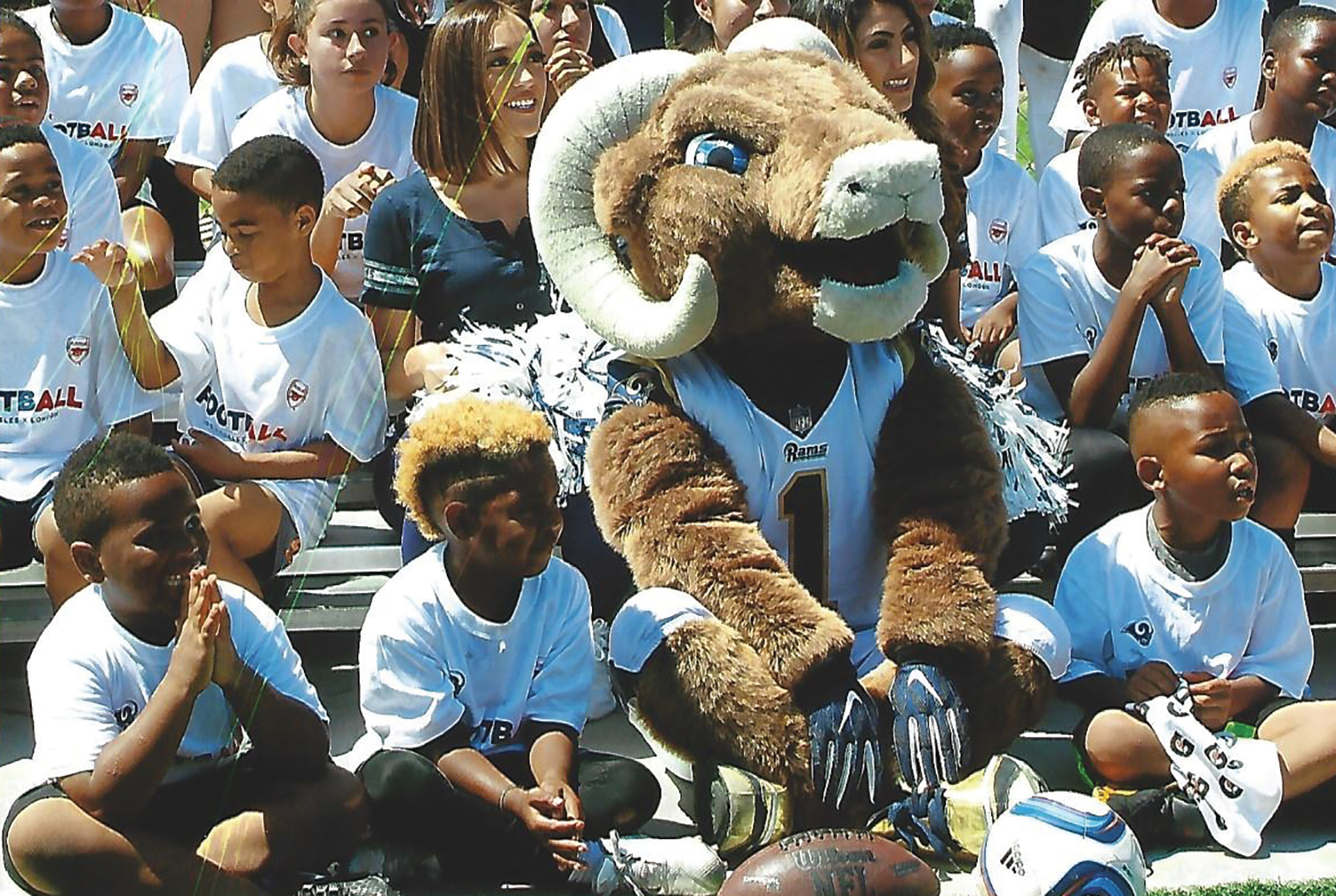 The Los Angeles Rams teamed with the Arsenal Football Club at Champions Field in Inglewood to put on a combined soccer football clinic for some 250 young people ages 8-15. They participated in drills, cheers, and other aspects of leaderships.

Former Dorsey high football standout and UCLA Bruin Jonathan Franklin was in charge of the Rams Community Affairs. He understands the So Cal Youth have grown up locally.

“It’s good to see them grow and participate ” said Coach Lance “Doc” Holliday. “They are all eager and it’s good to give back.” Holliday is a former player and coach at Roosevelt high in East Los Angeles.

He is part of several coaches from high school to college that assist in events like this.

“You want to build character and teamwork with young people,” he added.

Holliday is currently program director at the Boys and Girls club of Lincoln Heights.

“I was once in your shoes, I am here to tell you that you can be anything you want to be,” said Rams receiver Jalen Green. “I played at this very park and it helped me get to where I am today. Teamwork is the key to working as a team.”

Inglewood mayor Butts was on hand to cheer on the young people. He told them to “Keep working hard and you will have a bright future.”

Boys and girls took part in soccer drills that were headed by Eddie Nketiah and Emile  Smith Rowe of Arsenal. The Arsenal Foundation was established to grow the reach and effect of the good work undertaken by the club which supports young people in London and across the globe. The main focus of the work is football, social inclusion and education projects – areas where Arsenal has made a difference throughout its history with community-led and charitable initiatives that motivate and engage young people using the power of the Arsenal name.

The Rams have had a sound community effect. Since the team moved back home to Los Angeles in 2016, the Rams staff members have provided more than 1,000 hours of community service in Inglewood and engaged 13 Inglewood Unified School District schools and students of all grade levels in community programs. The team has also hosted 22 PLAY 60 events for more than 5,500 Inglewood students, engaged student-athletes in leadership development and character education.