The Las Vegas NBA Summer League tournament is an easy way for NBA fans to see their fresh crop of rookies enter the league. It also is a great way for fans to interact with young and old NBA legends, as many young and experienced representative members of the various teams have been in attendance in Las Vegas over the past couple weeks. 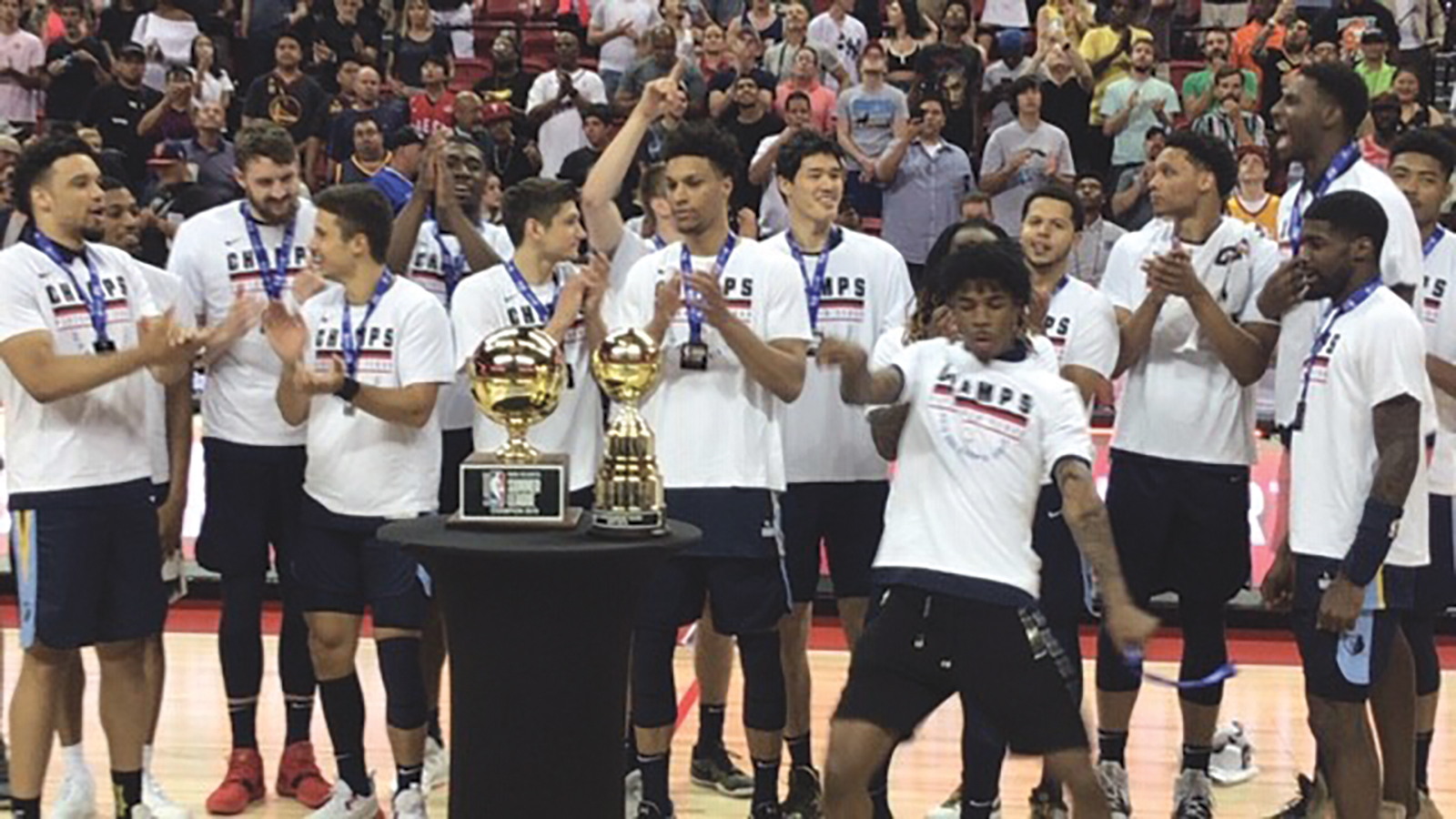 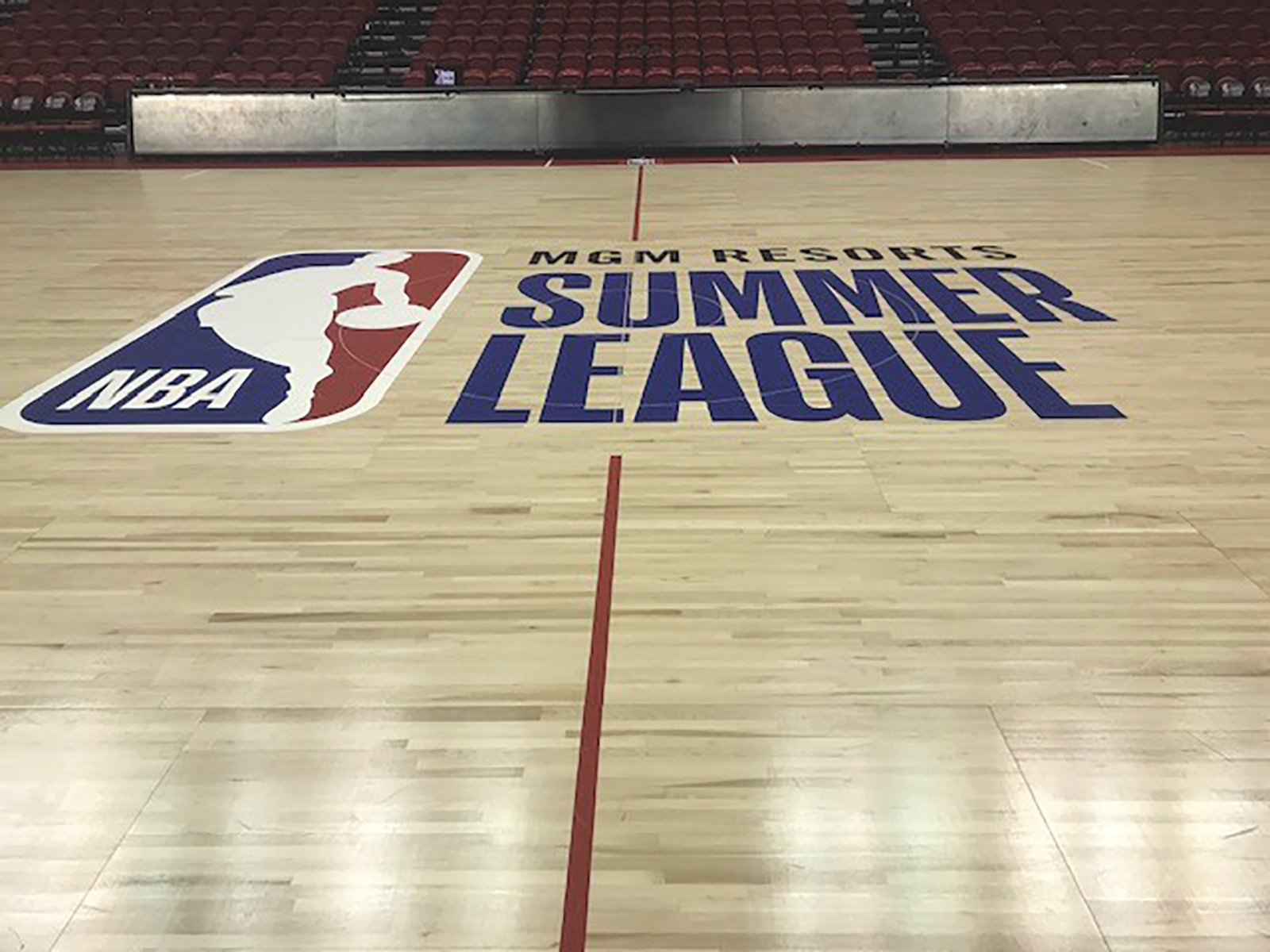 The Las Vegas NBA Summer League tournament is an easy way for NBA fans to see their fresh crop of rookies enter the league. It also is a great way for fans to interact with young and old NBA legends, as many young and experienced representative members of the various teams have been in attendance in Las Vegas over the past couple weeks.

Since this is often the first opportunity teams get to see their young guys compete, it’s not surprising to see the likes of Jerry West, Masia Ujiri, Vlade Divac in attendance for their respective Summer League games. Luke Walton, Terry Stotts, and Frank Vogel were among the NBA Coaches that came out to support their teams along with numerous players which also showed up to support their young teammates.

Monday night hoop fans at the Thomas and Mack Arena finally crowned their championship after 83 Games over a 10-day period where over 130,000 fans came out to attend. To claim Las Vegas Summer League supremacy, the Memphis Grizzlies took on the Minnesota Timberwolves. This game was sure t be competitive as both teams came in with a combined 11-1 record, from their play over the past 10 days of play.

To get to the Championship Game the 6-10 and #3 seeded Minnesota Timberwolves had to overcome the #6 seeded Dallas Mavericks in the quarter-finals on Saturday. On Sunday, they ran #7 Seed Brooklyn Nets, led by 3rd year professional Jarrett Allen, off the court for an opportunity for the Summer League title, in the semifinals.

The 5-1 and #8 Seeded Memphis Grizzlies used the agility and ability of rookie Brandon Clarke to lead them past the #1 Seeded Boston Celtics. After dispatching the top-seeded team in the Tournament, the Grizzlies needed overtime to get past the New Orleans Pelicans in a nail bitter. This 23-point and 14 rebound game from Brandon Clarke likely earned him the Tournament MVP, which was announced before the Tournament Championship.

With everyone scoring except for one player, the Grizzlies Jump out to a quick lead 17-8 lead, midway through the first quarter. The backcourt of Memphis helped them to get up to a 29-15 lead late in the 1st quarter. One impressive thing I witnessed about the Grizzlies, is their youthful exuberance, teamwork and togetherness type of culture the Grizzlies are developing.

The Grizzlies second year Forward Jaren Jackson Jr. and rookie Ja Morant attended each of the games and actively cheered on their young teammates and also participated in the huddles during timeouts. Newly signed Head Coach Taylor Jenkins addressed the when I asked him about what their presence means, “There’s a youthfulness that I want to embrace.”

I also asked how this run will be helpful to him to build that culture he’s talked about throughout the summer. “This will be super helpful to me; when you’ve got individuals, player or staff, that enjoy working with each other and bring that positive spirit. That’s what we want to create. That’s going to translate to some great stuff!”

Feel free to share your thoughts on the Las Vegas Summer League and whether or not you believe the Summer League would be an accurate opinion of what these guys will do in the NBA next season by commenting in the comment section of this article on www.whatsgoodinsports.com or follow me on Twitter at “Voice of the Fans” for immediate engagement. Additionally, subscribe to our weekly “Voice of the Fans” Podcast which is available for you on Apple and Google Podcasts including Spotify, TunedIn, and iHeart Radio. We certainly appreciate you for making our voice your choice!