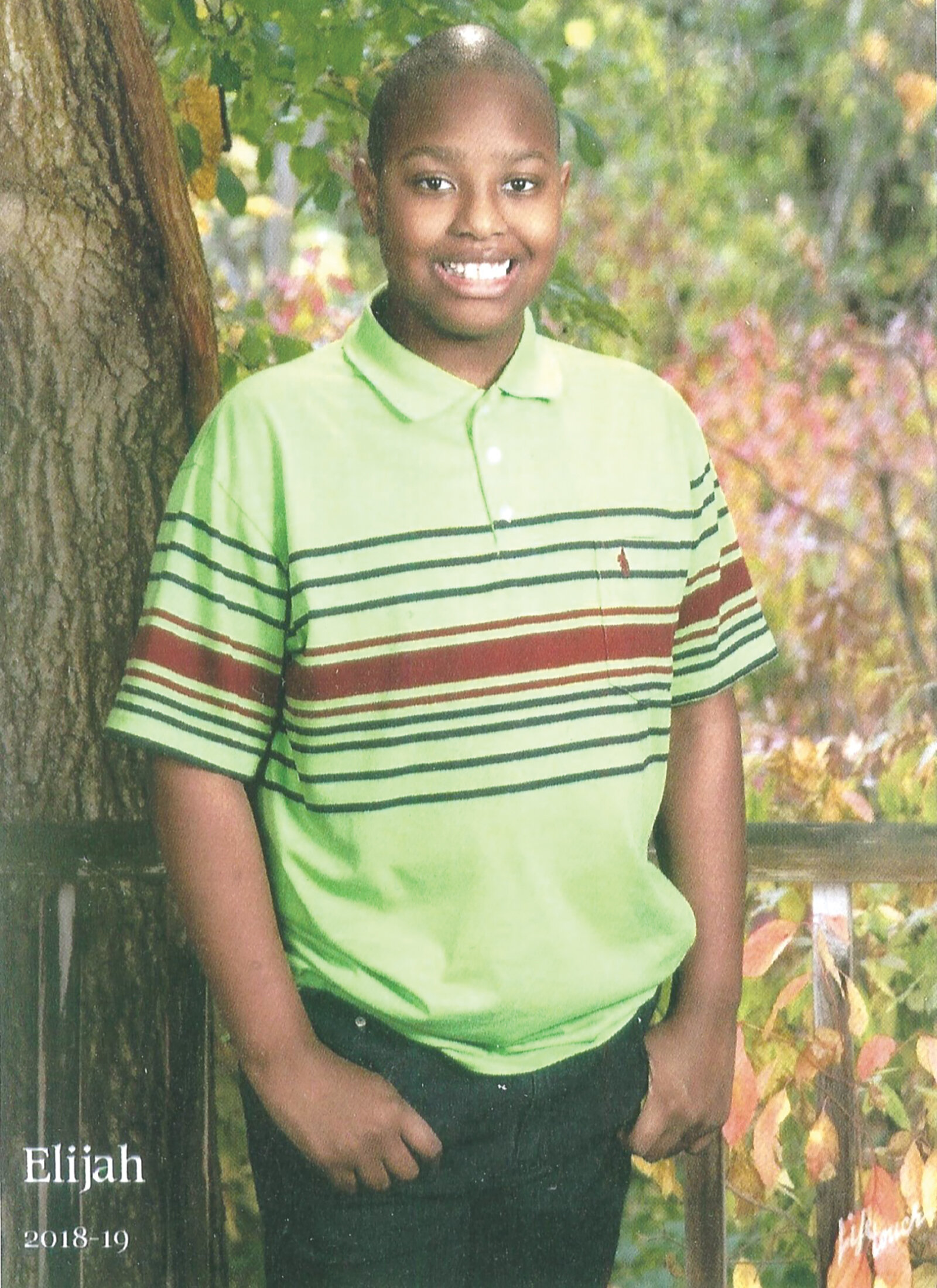 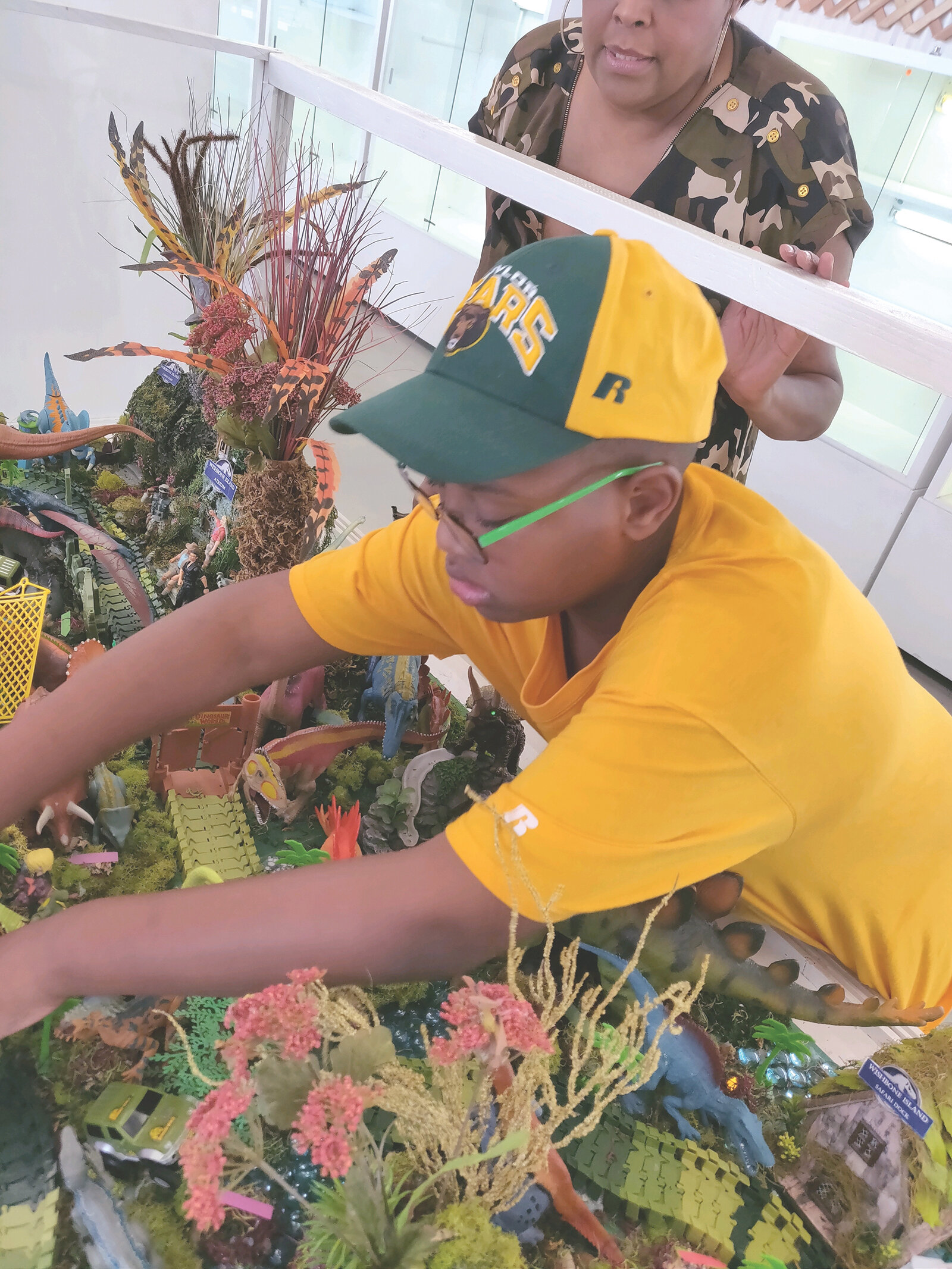 His last year’s Dinosaur World entry, said to be one of the most popular hobby exhibits’, captured the hearts of children and adults alike. This year’s Fair entry is a spectacular dinosaur island featuring waterways, bridges, lights and a super cool prehistoric themed car track that meanders through the island. Tyrannosaurus Rex (T-Rex), Brachiosaurus, Triceratops, Allosaurus (just to name a few) roam the island, which is patterned after the science fiction Jurassic films. Elijah’s island is a view of what the world would look like with man, woman and some of the most fascinating creatures that ever lived, co-exist. The exhibit captures the hearts of all who view it.

Elijah, who was diagnosed with autism at 3 years old, has had a fascination with all things dinosaur since he was 2. At that time, he had only a few words vocabulary and was considered non-verbal. Now at 10 years old, he is verbal and highly motivated with 2 an extraordinary knowledge of dinosaurs… how they lived, what they ate and how they hunted. Elijah has spent hours playing with his over 100 dinosaur figurines while watching videos and documentaries. Most are impressed with his knowledge of difficult to pronounce names and characteristics about each species.

This summer, Elijah got busy working to build an even more exciting exhibit than the previous. He collected items from trips to the dollar and craft stores, household items, toy box and from amongst his enormous dinosaur collection. His hard work and focus paid off. Elijah’s Dinosaur Island is a fair-goer favorite in the Building 4, Hobbies exhibit area.

Elijah’s mother, Nerissa Stevenson says God gives the biggest challenges to His greatest warriors… and warrior she is! She is proud of her precocious and affectionate boy she characterizes as funny, intelligent, loving and curious beyond measure. She shares that autism, a developmental disorder, has posed many challenges for Elijah. However, by the Grace of God, Elijah has emerged victoriously. Nerissa states that she is not only a cheerleader for Elijah but a champion for children on the Autism Spectrum and with other disabilities. In a world where children with disabilities are not always embraced or understood, Nerissa has advocated for “standing out, when you don’t fit in”. Her final thoughts are: “Elijah has continued to thrive and be successful because I refused to listen to the negative and see his abilities, not disability. I accepted that he was different and that he should not be evaluated on the same basis as his neurotypical peers. It was only when I decided to come into Elijah’s world and allow him to embrace and express his creativity, that I realized, Elijah had become like his dinosaurs… a leader of his own pact.”