“My dad was a bigger believer in good basketball… basketball was basketball to him, and I think he recognized early the impact that women could make, before a lot of other people did,” said Nathaniel Frazier’s son, Kevin. “He loved and appreciated the contributions that women could make in basketball and even though his particular franchise didn’t exactly work out, he was still so supportive of the WNBA.” 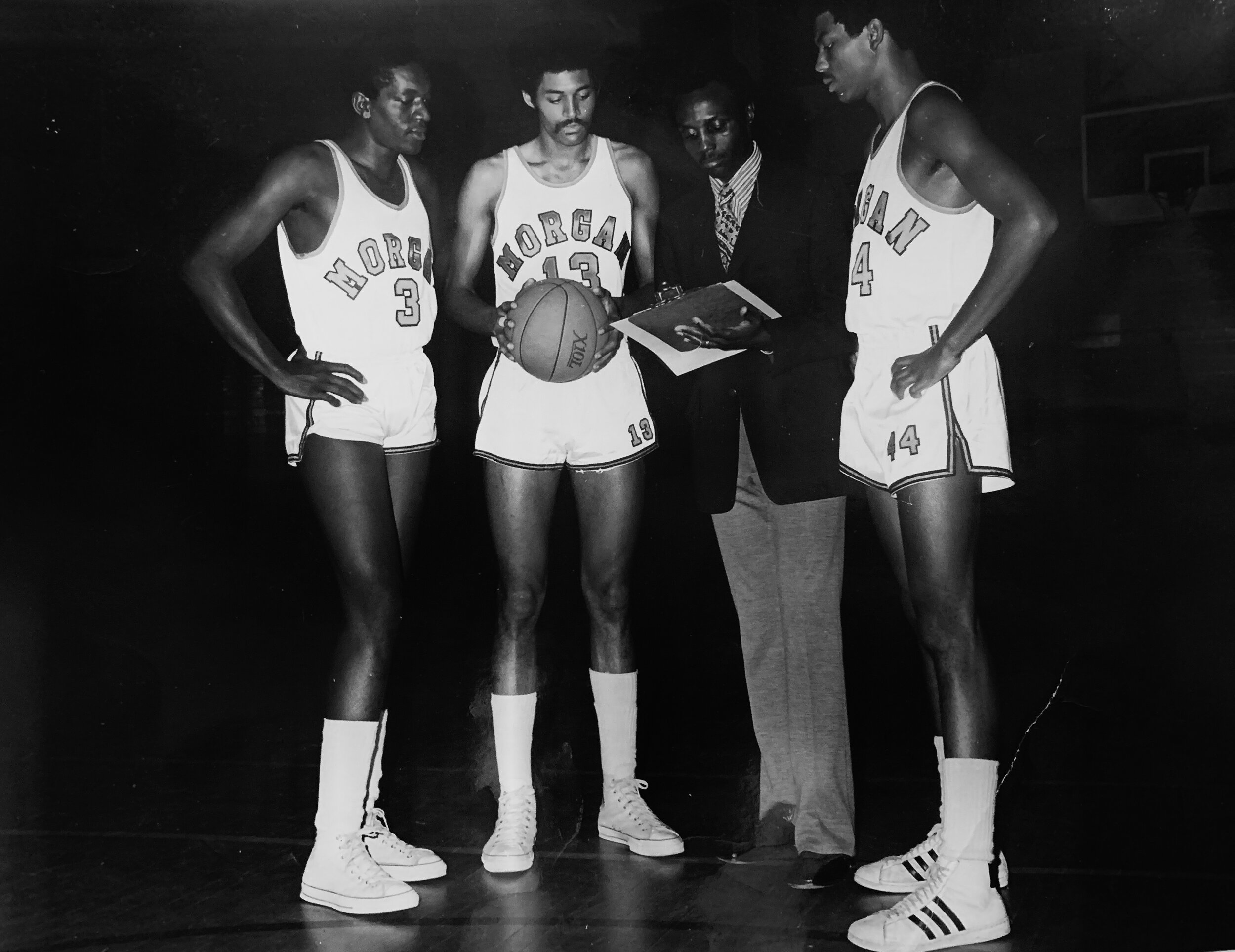 A former NBA New York Knicks Assistant Coach and an NCAA Division II Championship Coach, “Nat” Frazier was devoted not only to the love of basketball but also to the community, hard work and, most importantly, his family.

“My dad loved the game of basketball, he was a master at it, but it was his love for family that really made him great,” Kevin Frazier, eldest son of Nat Frazier and co-host of CBS’s Entertainment Tonight, said.

“He was an amazing dad. My dad was always in my corner. He never held a grudge and his big thing was ‘people make mistakes, you’re going to make mistakes, but it’s how you bounce back from that mistake the matters.’”

Born in Beaufort, S.C., Nat grew up in the racially segregated south of Savannah, Georgia, where he graduated from Alfred E. Beach High School after leading his team to the Georgia State High School basketball title in 1953 and being named to the All-Tourney team in 1954.

Nat, who attended Tuskegee Institute, and became an All-SIAC pick twice, went on to play semi-pro basketball in the New York State Industrial Basketball League before receiving a Master’s in Health Counseling from City College of New York and completing a post-Master’s studies at New York University and the University of Illinois in Educational Administration.

Dedicated to the importance and strength of education, not only did Nat obtain his own multiple degrees, but he also helped to make sure that all of his siblings attended and graduated from college as well.

When Nat initially began coaching at Morgan State in 1972 (where he remained until 1977), he introduced a style of basketball that would emphasize intricate offenses and hard-nosed defense.

Through these techniques, the Bears would go on to play a form of triangle offenses, popularized by Michael Jordan and the Chicago Bulls in the 1990s.

Those same techniques would go on to secure unprecedented success for Morgan State University, including the team’s 1974 NCAA Division II Championship (which has never been won since) and an Associated Press National “Coach of the Year,” given to the passionate leader for his exceptional coaching.

During his seven seasons with Morgan State, Frazier was the 10th winningest coach in Division II history — a very proud moment for his son.

“I remember Morgan State winning the national championship. I was there with him,” Kevin recounted. “I basically grew up going everywhere with him… I always felt like I was his sidekick… living life with him was always a huge adventure.”

While at Morgan State, Nat took his teams on several overseas trips and traveled to Africa to help spread the game and train coaches in the Western part of the continent.

Nat also spent a decade of summers coaching overseas in the Venezuelan Special Basketball League, where his Carabobo team won the league title in 1973.

Following Frazier’s first tenure at Morgan in 1977, Frazier went to the NBA as an assistant coach for the New York Knicks.

He then became a part of the ownership team and was the general manager in the groundbreaking Women’s Basketball League that would pave the way for what is now known as the “WNBA.”

“My dad was a bigger believer in good basketball… basketball was basketball to him, and I think he recognized early the impact that women could make, before a lot of other people did,” Kevin continued. “He loved and appreciated the contributions that women could make in basketball and even though his particular franchise didn’t exactly work out, he was still so supportive of the WNBA.”

In 1986 Nat returned back to Morgan State where he remained until 1989, where his son Kevin said was home for him.

“He played at college level, the NBA and overseas but Morgan was his home,” Kevin laughed. “And you know, I know people got mad at Jemele Hill for saying this, but I really don’t understand why more Black athletes aren’t going to more Black colleges.”

“I think people have forgotten why these colleges are important and I am old enough to remember when Black colleges were still the powerhouses for so many great players, like Doug Williams from Grambling State University… HBCU’s are an experience where you’re not only in your comfort zone, but you learn about yourself.”

Nathaniel Frazier is survived by his wife of 57 years, Alice Frazier; his eldest son, Kevin, daughter-in-law, Yasmin, and grandsons, Tony, Shane, and Reece; his youngest son, Kenneth, daughter-in-law, Rona, and grandchildren, Kennedy and Ava; two brothers, James (Al) Frazier and Timothy (Neil) Frazier; and a host of nieces, nephews, close friends, and former students and basketball players who became like family to him.

“It was always remarkable to see the impact that he had on so many people. I still meet people today, all over the states, who come up to me and tell me what an impact my father had on their lives,” Kevin said.

“I think it makes you understand the effect that he had on so many lives. He raised a lot of young Black men and women, too. It is beautiful to see that and to talk to everybody.”