By increasing the number of Black Republicans holding political office in the state and inspiring more Black Californians to vote red, they believe their efforts will purple the deep blue African-American vote in the fourth bluest of blue states in the country, according to a ranking by The Hill, a Washington D.C.-based website that covers the U.S. Congress, Presidency and national politics. 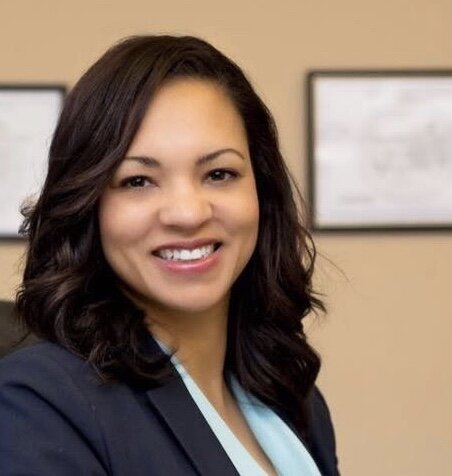 Black Republicans in California are focused and organizing.

They want to “reintroduce” African Americans in the state to the GOP, Black Republican leaders and activists say.

By increasing the number of Black Republicans holding political office in the state and inspiring more Black Californians to vote red, they believe their efforts will purple the deep blue African-American vote in the fourth bluest of blue states in the country, according to a ranking by The Hill, a Washington D.C.-based website that covers the U.S. Congress, Presidency and national politics.

“We are Black first, then Republican,” says Corrin Rankin, 45, a GOP activist and delegate who splits her time between homes in San Mateo and San Joaquin counties.

“We believe Republican policies are more in line with our values as Black Americans than democratic policies,” says Rankin. “We believe in low taxes, small and efficiently-run governments, and limited regulation. The more regulations you have, the less people – especially people from economically disadvantaged backgrounds – are able to get involved in any industry.”

Last February, at the state Republican convention, Rankin says she and other African-American conservatives who attended decided to organize themselves and form an association called the Legacy Republican Alliance (LRA), a political action committee, after they found out the California Republican Party had a directive to not reach out to Black voters.

“We understand from a business perspective that the number of Black Republicans in the state is relatively small, but that was not the right way to go for the party,” she says. “There were other ethnic organizations at the convention. That’s why we decided to create the LRA, to increase our numbers and make our voices heard so that we can have a seat at the table.”

California has the fifth largest Black population in the country, according to the U.S. Census Bureau. African Americans account for about 6.5 percent of the state’s total population of nearly 40 million people.

Democrats in California make up 72 percent of Black registered voters, according to the Public Policy Institute of California. Six percent of those African-American likely voters are Republican. Independents account for about 20 percent.

And there are no Black Republicans who are members of the state legislature or among California’s delegations to the United States Congress.

But some African-American leaders in the California Democratic Party are concerned that their party has not done a good job empowering Blacks when it comes to things like organizing voter registrations and encouraging voter participation. Many point out, too, that fellow Democrats at the state, county and local levels often overlook issues important to African Americans like failing schools and the high cost of housing, and they sometimes advance public policies that disproportionally impact Blacks as well as middle class and lower-income families.

Those Black Democratic leaders – two of them spoke with California Black Media off the record for this article – say those missteps by their party cause them to work harder to ensure that their party remains the first choice for Black Californians.

But Taisha Brown, who was sworn in chair of the California Democratic Party African American Caucus last month, says Black support of the Democratic Party and elected Democrats in the state has never been stronger. And with more African-American Democrats being appointed to influential leadership positions in the state, she is confident things are moving in the right direction.

“We may not see eye-to-eye on every issue as Democrats in California, but we still stand with each other, and we support a party where there is room to have difficult conversations that allow us to move forward together in good faith as we work for a better California, a better country, a better life for all of our families,” she said. “Now, more than ever, we have to listen to each other and think about how the things we fight for impact all of us.”

Since the LRA was formed, Rankin says the group has launched a website and focused on informing Black Californians that Republican policies on employment, business, education, taxation, criminal justice reform, community-police relations and criminal justice reform are better for their families and communities.

Another member of the LRA, Jonathan Madison, has been elected Regional Vice Chair of the Bay Area GOP.

In April of this year, the California Republican Assembly (CRA), a statewide conservative activist group former California Gov. and U.S. President Ronald Reagan called “the conscience of the Republican Party,” elected Johnnie Morgan, 68, as its first African-American president for a three-year term.

Morgan says one of his main goals as CRA president is to recruit more African Americans and Independents to join the California Republican Party.

Rankin is encouraging Black Californians who want to make a difference in their communities to reach out to the LRA for mentorship and guidance on how to get elected to county or municipal office.

“You can run for city council or your local school board and represent yourself, your interests, your neighbors and your community,” she says.

Rankin says the LRA is building a framework in California that it hopes to take nationwide.

“Our state is in desperate need of diverse and thoughtful leaders who will bring a much-needed, new approach to solving California’s toughest challenges,” she says.