There has been a lot of division in this great country the past few years. It seems that when things appear so bad people are unsure where to turn.

“Power of Hope” is Good for All of Us

There has been a lot of division in this great country the past few years. It seems that when things appear so bad people are unsure where to turn.

“Power of Hope” being this years Tournament of Roses theme came along at just the right time. It’s the beginning of a New Year and you have a trio of Grand Marshalls that have had an impact in many of our lives.

“With “The Power of Hope” we can aspire to do better and inspire others to reach higher; hope never quits; with hope anything, in fact everything is possible,” said Tournament of Roses President Laura Farber.

The TOR has a Latin theme and there is no one greater than Rita Moreno to be part of some special. 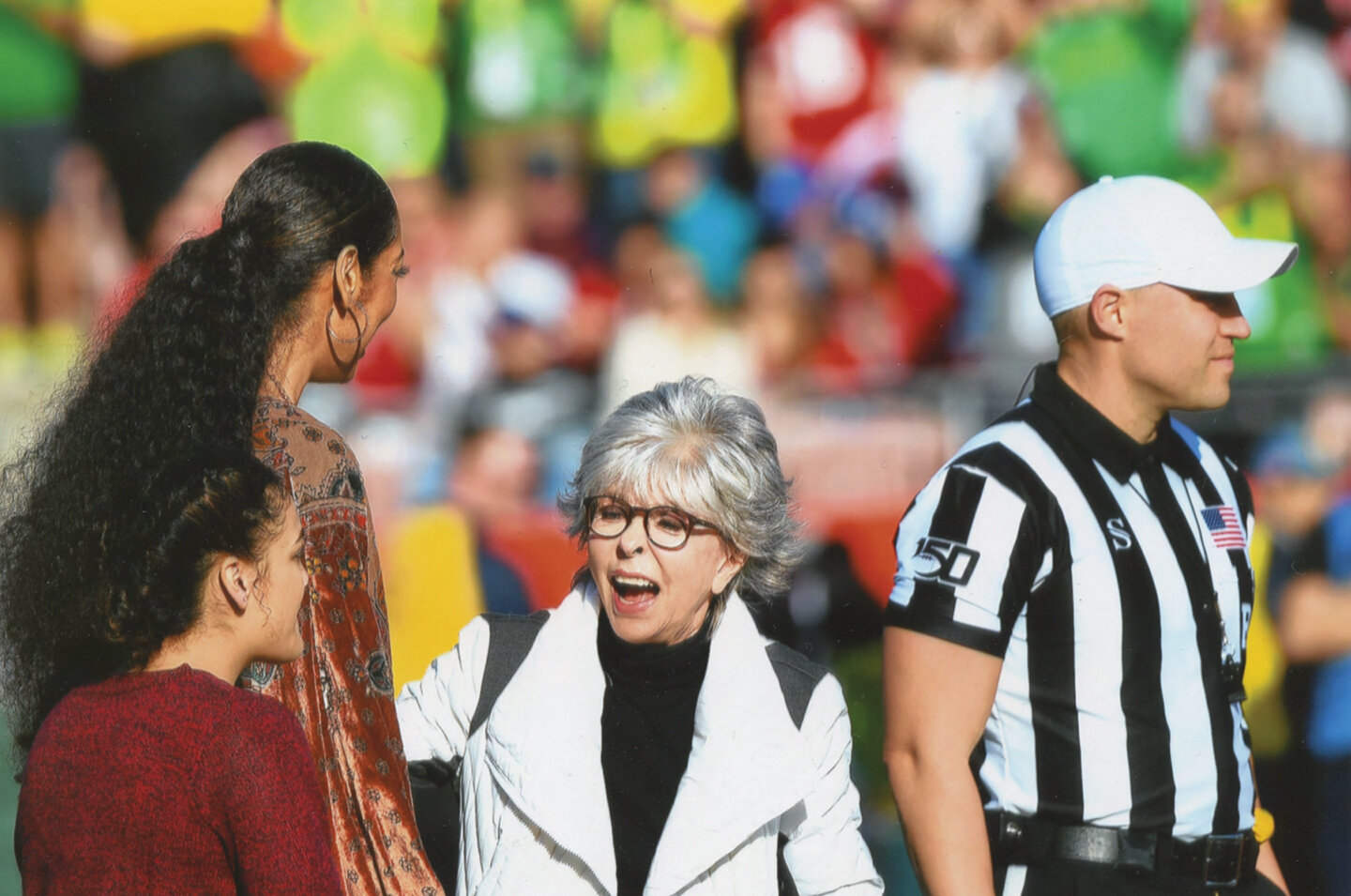 During the Pre-Game, Big-12 Referee Brandon Cruse (R) is joined at midfield by Grand Marshals (L to R) Laurie Hernandez, Gina Torres, and Rita Moreno who did the coin flip. (Earl Heath Photo)

Moreno is only one of 14 people to receive the E.G.O.T. award, which are an Emmy, Grammy, Oscar and Tony.

Her career spanned more than six decades while starting on Broadway at the age of 13. She has received the Kennedy Center honor for her contribution to American culture. She was also awarded the Presidential Medal of Freedom by President George W. Bush and the National Medal of Arts by President Barack Obama.

She even was at midfield and tossed the coin for the Rose Bowl game which matched up Oregon vs. Wisconsin.

Gina Torres is well-known for her roles on Suits, Alias, Firefly, and Westworld. The New York native is part of a close-knit Cuban family and raised in the Bronx. The day before the parade she felt the goose bumps. “I can’t wait,” said Torres. “It’s the ride of a lifetime.” She and her daughter rode in the car down Colorado Blvd.

Laurie Hernandez earned Olympic Gold and Silver medals as a member of the 2016 U.S. Olympic Women’s Gymnastics Team. Laurie is a second generation American, her grandparents are Puerto Rican, making her the first U.S. born Latina to make the U.S. team since 1984. She also was champion of ABC’s “Dancing With the Stars”. She down the 5 mile course with her sister sitting next to her.

President Farber commented on the theme. “Of the one hundred and thirty years of this event, the word “hope” has never been used in any of the themes.”