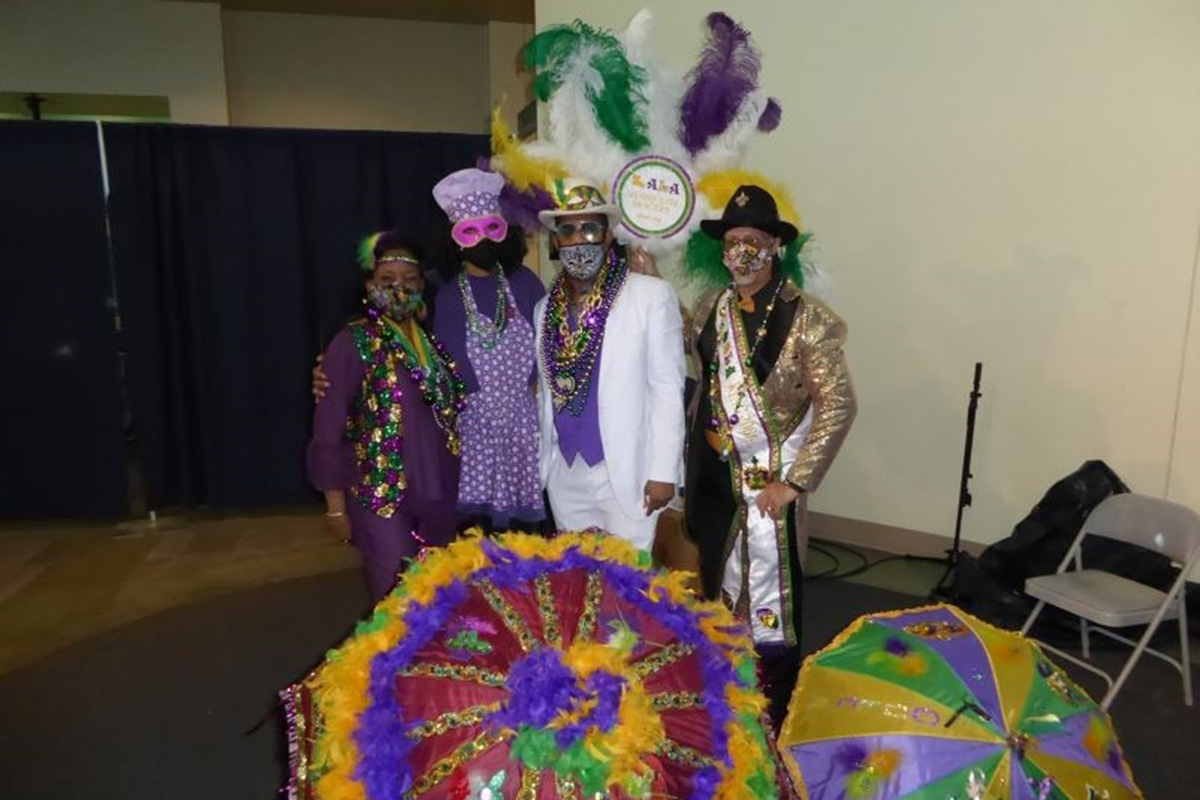 A variety of events were scheduled across the United States in celebration of Black History Month, from art exhibits, parades, dance performances, speeches to name a few. Some events were held virtually due to the pandemic.

The Aquarium of the Pacific presented the 20th Annual Africa-American Festival, a celebration of music, art, storytelling in African American culture, February 26-27, 2022. This milestone (20th Anniversary) was a cause for celebration.

Attendees at this year’s festival were able to experience the sights, sounds, and movement that weaved the bright fabric of the local African-American community while exploring the wonders of the Pacific Ocean.

Thousands of people strolled through the Aquarium of the Pacific on Sunday, February 27th, for this popular annual festival. Some events took place in the Honda Blue Cavern and the Honda Pacific Visions Theater.

Deep Red, also known as Yogi Melvin, is an Emotional Wellness educator. He teaches Yoga, guided meditation, breath work and painting. He opened the festival with Interactive poetry, music and guided the crowd in guided meditation and breath work that spread positive, uplifting energy to all involved.

The stage was set for the Music in the Moment, a jazz music ensemble. The group consist of Don Littleton on drums, Cliff Brown, guitar and Michael Alvidrez on bass. This trio had the crowd grooving to instrumental versions of “Ribbon in the Sky,” by Stevie Wonder, “No Women, No Cry,” by Bob Marley, and “Rock With You,” by Michael Jackson. The concluded their set performing “Watusi Wu” a tribute to Bill Madison, musician, educator and mentor to many.

Mr. Chaz led an interactive performance of African drum and storytelling. Kids in the audience were able to participate and follow along by playing various percussion instruments.

The tempo went up a notch with the appearance of LA LA Mardi Gras Second Liners. Their performance was timely, in that it took place a couple of days before the world-famous Mardi Gras celebration in New Orleans, Tuesday, March 1, 2022. They showcased a traditional Secondline, followed by interactive dance steps, Cupid Shuffle, and new line dance.

Baba The Storyteller held a captivated audience of kids and their parents during his segment of the program. Baba the Storyteller shared ancient wisdom in the West African tradition, that resonated with the audience.

Dembrebah rocked the Honda Pacific Visions Theater with an energetic, high octane set of West African Drumming and Dancing, that thrilled the crowd. The audience were invited on stage for basic lessons in West African dance in keeping with the interactive nature of the program.

The festival continued with a great musical performance by Per Se, and the incredible movement of breakdancing and popping by Homeland Crew.

Art Display by Michael Seale Jr., Shelton Gillis and Beaded by Piasart enhanced our enjoyment of the festival with their cultural demonstrations and exhibitions.